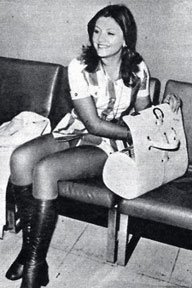 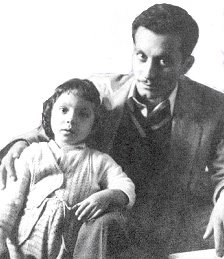 Eitan Haber, former spokesperson and speechwriter for the late Israeli PM Yitzhak Rabin, has confirmed in an article published by Yediot Ahranot (read translation here) that Mossad, the Israeli intelligence agency, assassinated noted Palestinian writer and PFLP spokesperson Ghassan Kanafani. Kanafani and his niece Lamis (pictured above) were killed by a car bomb in Beirut in July 1972. Kanafani, born in Acre in 1936, is one of Palestine’s most famous writers, best known for his novellas Men in the Sun (adapted for a film, al-Makhdu’un [The Dupes], by Egyptian director Tswfiq Salim) and Return to Haifa. (I found this on The Angry Arab blog)

Eitan Haber, by the way, co-authored (with Michael Bar-Zohar) the sensationalist book The Quest for the Red Prince: Israel's Relentless Manhunt for One of the World's Deadliest Terrorists, about Mossad's ultimately successful effort to assassinate Arafat's lieutenant Ali Hassan Salameh, who was said to have been the head of Black September and to have been responsible for the 1972 Munich Olympics operation, in which 11 Israeli athletes and 5 Palestinian hostage-takers lost their lives. Haber says, in the Yediot Ahranot article, that "two years after the incident took place it was revealed that all of the killed were by German snipers in spite of the fact that everyone believed that the Palestinians killed them". (Whenever Munich is discussed by the US media, it is invariably claimed that the Palestinian hostage-takers killed the Israeli athletes, although it has been known for years that this was not the case.) Although German snipers were responsible for the deaths, Israeli PM Golda Meir, according to Haber,"issued an order to form a ministerial committee in order to assassinate Palestinian figures,and take revenge." A wave of assassinations ensued.

Ali Hassan Salameh, who Mossad eventually managed to take out in 1979, was married to Georgina Rizk, the Lebanese Miss Universe (1971), shown above in hotpants.