Coachella Valley is probably best known today for its music festival, "Coachella," but arguably it is more important economically for its dates, which originally started in the late nineteenth century with shoots from Morocco, Egypt, Iraq and Algeria. Almost 95% of US-produced dates come from Coachella, and all the date varieties have Arabic names: Deglet Nour, Medjool, Halawy, Khadrawy, Zahidi and Thoory. Hence the name of the Coachella Valley High School mascot: the Arab.

The history below has some mistakes: the headscarf is not a hijab but, as readers of this blog know, a kufiya (keffiyeh) or shemagh or hatta or ghutra. And Saudi Arabia was never a colony of France! (Of Aramco, maybe.) And who knows why the Saudis think they had any thing to do with this Arab mascot, since the original date shoots were not from the Arabian peninsula.

Here's the history, from the CVHS Alumni Association website.

The Evolution of Our Mascot

The Arab mascot dates back to when Coachella Valley High School first began to compete in athletics in the 1920s. The school adopted the name Arabs in part to recognize the importance of the date industry in this end of the valley, but also because it fit in perfectly with the neighboring towns of Mecca, Oasis, Arabia, and Thermal.

The original Arab was drawn carrying a lance and riding a horse. On his head he wore a turban.

There were two versions of the mascot - a young one holding a scimitar and an old one with a growling face and a gold tooth.

Another change in the mascot came in the 1980s. A group of Arabs from Saudi Arabia who were in the area touring the desert's date industry recommended that the mascot's headdress be changed from a fez to a hijab or head scarf. Their reasoning was that Saudi Arabia was no longer under French rule; therefore, Saudi Arabians no longer wore the fez as their headdress.

The school voted to honor the request and the mascot began to be drawn as he still appears today.
Posted by Ted Swedenburg at 11:40 PM 1 comment:

In San Diego County: “There were Mercedeses and Jaguars pulling out, people evacuating, and the migrants were still working,” said Enrique Morones, who takes food and blankets to the immigrants’ camps. “It’s outrageous.”

Some of the illegal workers who sought help from the authorities were arrested and deported. Opponents of illegal immigration, including civilian border watch groups, seized on news that immigrants had been detained at the Qualcomm Stadium evacuation center as evidence of trouble that illegal immigrants cause.

The American Civil Liberties Union said it had received reports that people had been denied help at shelters because they lacked proper identification. Officials have been checking identification to prevent people not affected by the fires from taking advantage of the free food, clothes and other services...

“San Diego likes its illegal migrants as invisible as possible,” Mr. Cornelius [Political Science professor at UC-San Diego] said. “So whenever something happens that calls attention to their presence, it is fodder for the local anti-immigration forces.”

from today's New York Times.
Posted by Ted Swedenburg at 11:06 AM No comments:

Email ThisBlogThis!Share to TwitterShare to FacebookShare to Pinterest
Labels: Nubia

Soundtrack for the Next Misadventure 2: Hich Kas 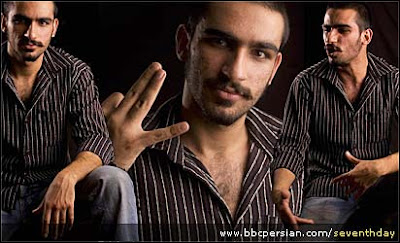 Go here for some mp3s by a great Iranian rapper named Hich Kas ("Nobody"). This youtube video features the song "Ekhtelaf" and some photos of the artist. And of course, Hich Kas has a myspace page, which you should keep returning to, for new songs.
Posted by Ted Swedenburg at 9:52 PM 1 comment:

Soundtrack for the Next Misadventure 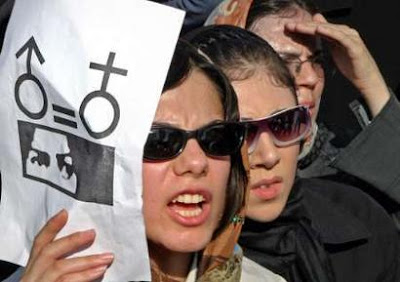 I love the title of this post, I wish I had invented it.

I intend in future (between finishing off a couple articles and getting ready to head off for Morocco) to post other sources for music from what may be the next target of US intervention. Meanwhile, Magic of Juju is a great source for all kinds of music, including Sabah and Fairuz.
Posted by Ted Swedenburg at 8:50 PM No comments: 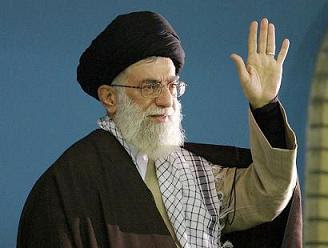 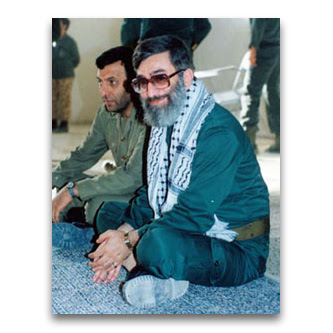 The photos are of Ayatollah Khameini, one from the early eighties, the other contemporary.
Posted by Ted Swedenburg at 8:14 PM No comments: 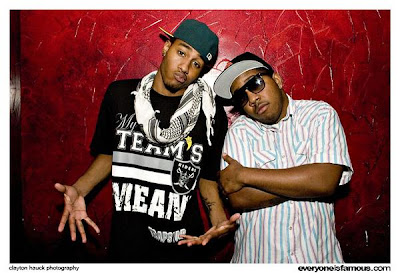 A kufiya from the rap world: The Cool Kids. (Thanks for the tip, Dave.) I was only just introduced to this rap duo, who are aptly named. Hip, old-schoolish. Check out their myspace page, and for some free downloads, go here.
Posted by Ted Swedenburg at 11:33 PM 1 comment:

Kufiyaspotting #24: Sting Plays at the Pyramids for Palestinian Children 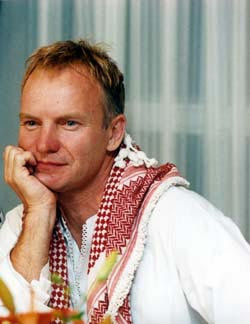 This photo by Abdel-Hamid Eid accompanies the article "Desert Bloom," about Sting's visit to Cairo in Al-Ahram Weekly, 26 April - 2 May 2001. It appeared shortly before Sting's concert at the Pyramids, along with rai star Cheb Mami, Egyptian sha'abi star Hakim, and Lebanon's Elissa.

Here's the most interesting bit, the Palestine connection. I quote:

The sponsors of this high profile event also pledged to donate 10 per cent of ticket revenues to the children of Palestine through Medical Aid for Palestinians (MAP), a British charity organisation.

Sting goes on to say:

"My opinion is that the future lies around the negotiating table in the peace process. I'm not with bulldozers and tanks. And the sooner we get there the better," he urged. He believes that some of his songs "sing very directly about the situation in Palestine in a metaphorical way. It was very moving. I don't take it for granted"...

The singer brushed aside concern that he might be criticised for performing at a concert where revenues will be channeled to Palestinians.

"A charity for children can't be criticised," the singer said matter-of-factly. "I am here because I want to be here. I have great joy in singing"...

Sting says his message is "intrinsic in my songs and my music", but he told Al-Ahram Weekly that he had "no idea" whether he will compose or write songs for the Palestinian cause any time soon...
Egypt's Hakim said that he was delighted to take part in a cultural exchange mixing Egyptian folklore, Algerian Rai, Western music and Lebanese pop. Lebanon's Elissa said that her performance at the concert "is the least I can do for the Palestinian cause."

After being badgered by politically-loaded questions, Sting reminded his inquisitors that his was not the art of politics. "I am a singer. When I have an opinion, I can express it, but my job is to entertain. I don't want to be a politician"...

Cairo brings back "very fond" memories of his days as lead singer with The Police, when the band performed at the American University in Cairo in 1980.


As for Sting's outfit, which he wore at the interview, the white disdasha and kufiya (scarf): He was given the outfit in Jordan where he performed two days earlier, Sting told reporters.
Posted by Ted Swedenburg at 8:15 AM 2 comments: