I was very struck by the images used by this UK Muslim rap group, for their album, Extreme Gentlemen. 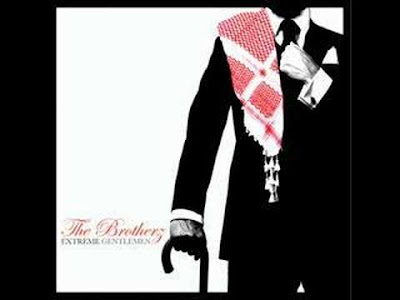 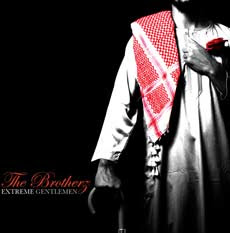 In an interview, The Brotherz note that "The concept of being an "Extreme Gentlemen" is still subtly conveyed based on the association of "extremism" with the scarf and "gentlemanliness" with the suit." Elsewhere in the interview, they make clear that scarf is a "Palestinian" scarf.

I discovered The Brotherz in a 2009 article ("Hip Hop and Urban Islam in Europe) by Peter Mandaville published in The Global Studies Review 5(2). According to Mandaville The Brotherz call themselves "salafi rappers." They also call what they do "nasheeds" -- they use no instruments other than percussion. But there is in fact singing, as well as rapping, on at least this track. It's certainly not "traditional" nasheed.
Posted by Ted Swedenburg at 10:41 PM No comments:

Paul Poiret and his wife Denise at "Persian Fête" party

(I've posted about this phenomenon previously -- it was very trendy for the adventurous middle and upper classes in the US and Europe to dress up in Middle Eastern fashion. Check out this post and this one. I'm very pleased to find this photo of the Poirets, courtesy Reorient's Instagram feed. You should follow it too.) 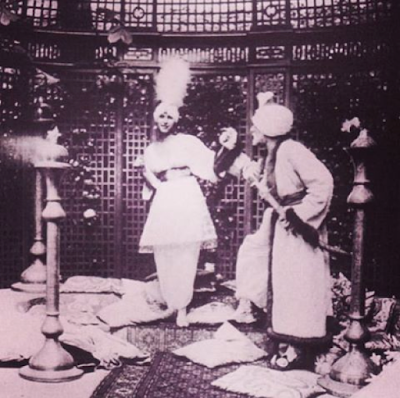