More in the theme of the military or "tough guy" kufiya. Kufiyas show up all the time when far-right, white power militias mobilize. At Charlottesville, Amon Bundy's 2016 occupation of the Malheur National Wildlife Refuge, the Oath Keepers and other fascists fighting with 'antifa' in Portland, and so on. This has so much to do with US wars, with veterans from Gulf War 1, Iraq and Afghanistan, who got into kufiyas while abroad -- whether because they were very useful, given the environment, or they just thought they were cool, or they functioned as a kind of "sympathetic magic," a putting on of a garment identified with the enemy that serves to endow one with potency. Kathryn Belew's essential book Bring the War Home: The White Power Movement and Paramilitary America, shows how important, since Vietnam, veterans of US imperialist adventures have been to the growth of the white power social movement. No wonder, then, that we frequently see kufiyas in all the far-right mobilizations of the last few years. (I've documented the phenomenon quite extensively here, but don't have time right now to put in all the links to previous posts -- you could do a search!)

This photo is from the New York Times, Sunday, January 31. 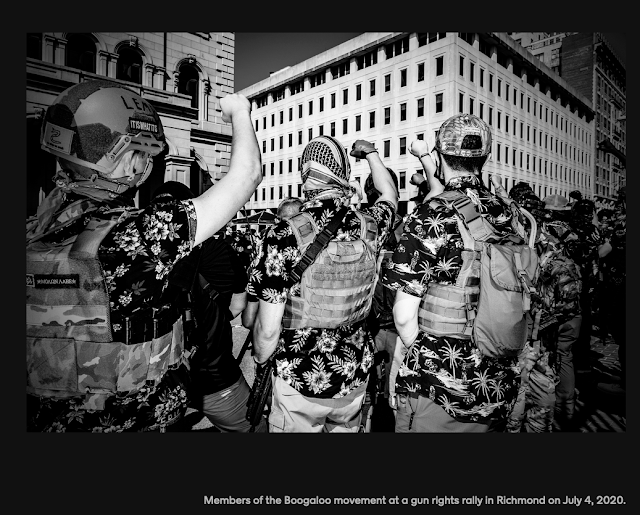 Posted by Ted Swedenburg at 9:26 AM No comments: 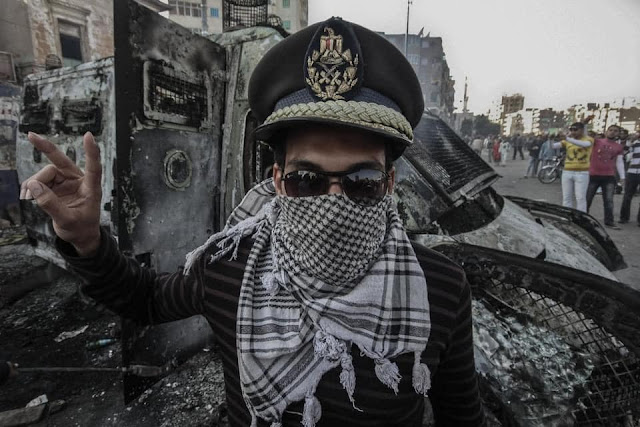 Posted by Ted Swedenburg at 9:08 AM No comments: