Here are two sources for a bio, one from a project for a documentary on the singer, the other, from wikipedia. Written sources are paltry. Here's a more general one on Iraqi Jewish music.

But there is lots of her music up on youtube, including television footage. Here's a great one:


You can find many more, especially by searching with her name in Arabic: سليمه مراد
Posted by Ted Swedenburg at 11:53 PM No comments: 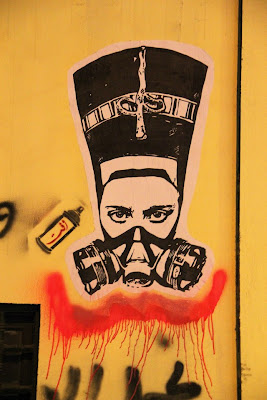 Posted by Ted Swedenburg at 8:32 AM No comments:

Karen Lewis, President of the Chicago Teachers Union, addresses their rally last Saturday. She is so impressive and so inspiring. She gets some great digs in at the billionaires who want to tell teachers how to teach, at the Walton and the Gates Foundations, and at John Legend. A must, must see.

Posted by Ted Swedenburg at 8:30 AM No comments:

Little Egypt (Lorraine Shalhoub) dances for the Penguin's electoral campaign, backed by Paul Revere and The Raiders, in the TV show Batman. The episode is "Hizzoner the Penguin." Airdate: Wednesday November 02nd, 1966.

You can see the complete bellydance sequence here, starting at 0:59.

And here's a publicity still for the episode, with Little Egypt and the Penguin. 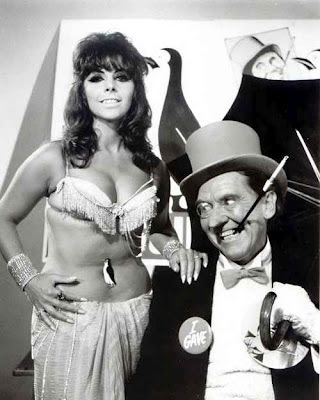 Posted by Ted Swedenburg at 12:14 PM No comments:

Statement from the Ramat Gan Committee of Baghdadi Jews

A) We most sincerely thank the Israeli government for confirming our status as refugees following a rapid, 62-year-long evaluation of our documents.

B) We request that Ashkenazi Jews are also recognized as refugees so that they won't consider sending to our homes the courteous officers of the Oz immigration enforcement unit.

D) We demand the establishment of an investigative committee to examine: 1) if and by what means negotiations were carried out in 1950 between Israeli Prime Minister David Ben-Gurion and Iraqi Prime Minister Nuri as-Said, and if Ben-Gurion informed as-Said that he is authorized to take possession of the property and assets of Iraqi Jewry if he agreed to send them to Israel; 2) who ordered the bombing of the Masouda Shem-Tov synagogue in Baghdad, and if the Israeli Mossad and/or its operatives were involved. If it is determined that Ben-Gurion did, in fact, carry out negotiations over the fate of Iraqi Jewish property and assets in 1950, and directed the Mossad to bomb the community's synagogue in order to hasten our flight from Iraq, we will file a suit in an international court demanding half of the sum total of compensation for our refugee status from the Iraqi government and half from the Israeli government.

E) Blessings for a happy new year, a year of peace and prosperity, a year of tranquility and fertility.

(As originally posted by Almog Behar on FB. I got it via Racheli.)
Posted by Ted Swedenburg at 10:25 AM No comments:

Very moving documentary about musicians who were Jewish Arabs and ended up in Israel after 1948. They attempted, as best they could, to recreate their musical culture in exile, at Cafe Noah, in Tel Aviv. From Al Jazeera English.

Posted by Ted Swedenburg at 10:42 AM No comments: 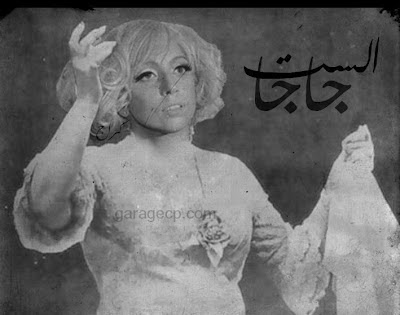 Posted by Ted Swedenburg at 12:45 PM No comments: