these can both be accessed here. happy holy week. 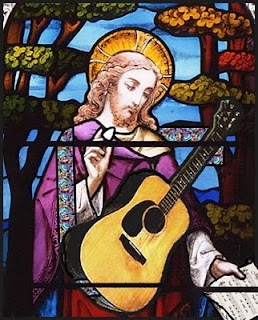 Posted by Ted Swedenburg at 10:01 AM No comments:

You really must see this film from Rachel Leah Jones and Adalah-The Legal Center for Minority Rights in Israel. In 15 minutes, it systematically exposes the manifold ways in which the Palestinian Arab citizens of Israel (20% of its population) are discriminated against by the self-proclaimed Jewish state. 20% of the population that owns only 2.5% of the land. Particular difficulty is faced by the 60,000 Arab Palestinians who live in "unrecognized villages." Director and producer Rachel Leah Jones has made a brilliant film about one such "unrecognized village," Ayn Hawd Jadida, which is called 500 Dunam on the Moon.
Hip-hop heads will like the fact that the film opens with a scene of Mahmoud Jrere, a rapper for the Palestinian-Israeli rap group DAM, in the studio, recording an original tune made for the film, called "Targeted Citizen." We see the group in the studio again later, and then, in the closing scene, we see DAM talking to attorney Hassan Jabareen, founder and General Director of Adalah. He is explaining to DAM the new restrictions imposed by Israel, which make it impossible for Palestinian citizens of Israel to marry and live with anyone from the West Bank, from Gaza, of Iraqi, Syrian or Iranian background. DAM uses the occasion to write a song about a Palestinian-Israeli who wants to marry a girl from Ramallah. If only her name was Natasha, i.e., if she were Russian, would he be able to marry her, raps DAM member Tamer Nafar.
One of the most shocking scenes in the film occurs when two male interviewers for the film talk (in Hebrew and English) to a South African Jew, a recent immigrant. She goes on about how she can't stand Arabs, how they don't work, how they are ugly, how awful their clothes are, etc. (Later we meet an Israel Jew who likes Arabs, so the film is balanced.) In the wonder postscript to the film, the two interviewers are shown speaking to the South African woman, in English, and revealing to her the fact that they are Arabs. I won't give away how it all ends, but it is really worth watching until the end, as it reveals the basic humanity of the Palestinians who conduct the interview, and of the film itself. (I don't want to be a spoiler, but the end also reveals the humanity of the South African woman who had made all the horrible racist remarks.)
And by the way, this will make a terrific teaching tool.
Posted by Ted Swedenburg at 9:21 AM No comments: 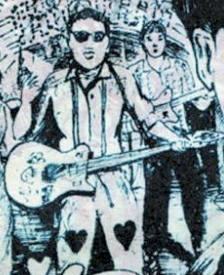 podcast for the show is here. and the playlist is here.
be sure to check out this video, "Ali Baba Twist," from Bob Azzam, of "Ya Mustapha" fame:

and make sure you check out Mutamassik's terrific new release, ThatWhichDeathCannotDestroy.
read about what wayne says about it here. You can download it for free via wayne as well.
here is what I wrote about her 2005 album, Definitive Works.
Posted by Ted Swedenburg at 11:06 PM 4 comments: