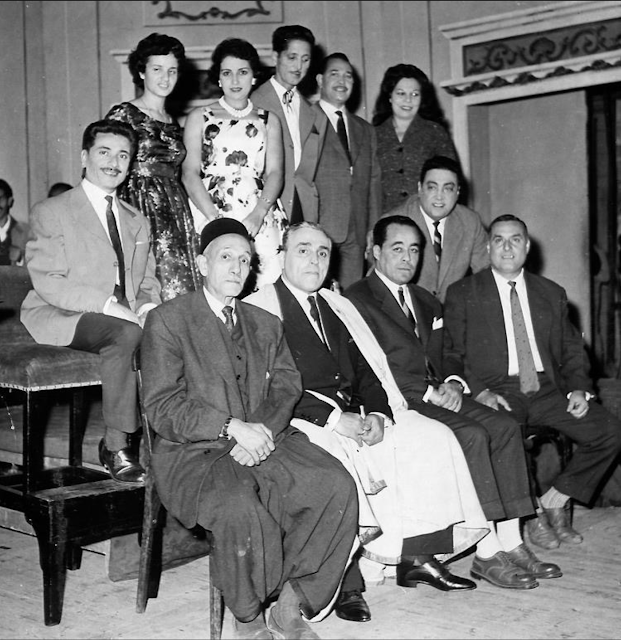 My apologies to whomever I grabbed this from off the web. It was over a year and a half ago and I can't remember where I got it from.

According to the post, this is who is in the photo: 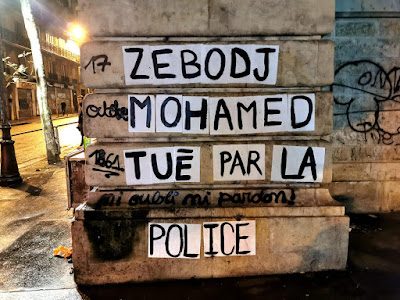 It's the anniversary of the Paris police massacre of two to three hundred Algerians. Great article in The Funambulist on the event, and the efforts of female activists to inscribe Paris with reminders of this horrific event.

"On October 17, 1961, a few months before the final victory of the Algerian Revolution, the Algerian National Liberation Front (FLN) in France organized a massive pacific march in Paris to show their determination against the curfew that the Prefect of police, the infamous Maurice Papon, in agreement with the French government, had taken against their sole persons a few days earlier — during the 1961-1963 state of emergency in France. 20,000 Algerians joined the march which was met with systematic and deadly violence by the Paris police. Between 200 and 300 Algerians were killed by being shot, beaten to death, or thrown into the Seine river; 10,000 were arrested and detained for several days; hundreds were deported to Algeria — some of these deportations were used to hide the deaths." 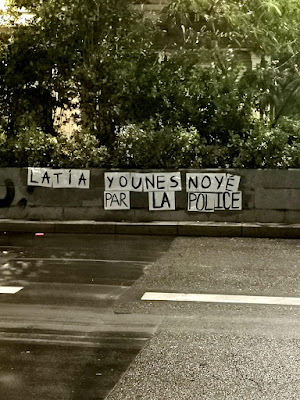 "Last night, a few hours of the commemoration of the 58th anniversary of the massacre, a small group of female activists visited several of these spaces to graffiti or glue the names of some of the Algerians who were killed that night. In a particularly intense policed and fascist militant environment, they succeeded in paying an homage to the history of Algerian resistance (one that continues today through the antiracist and anticolonial activism) that goes beyond the authorized (yet very important, of course) setting of the 6PM annual gathering on the Saint-Michel bridge. This is crucial as the very discreet official efforts of acknowledgment of the massacre from the Paris municipality and the French state never target those who are responsible for it (Papon, of course, but also the De Gaulle-Debré government, and the police officers themselves)."
Posted by Ted Swedenburg at 8:51 PM No comments: