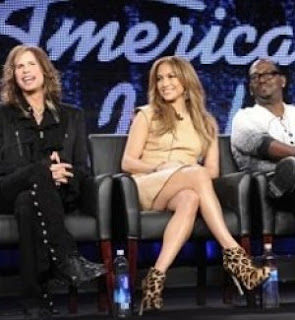 Wouldn't it be better to tell the SCAF to hand over power to civilian rule or the dollars will be cut?
Posted by Ted Swedenburg at 2:07 PM No comments:


A BEIRUT MINUTE from Justin Carty on Vimeo.

Posted by Ted Swedenburg at 10:15 AM No comments:

On The Daily Show last night, Jon Stewart gave a recap of the Egyptian Revolution/Counter-revolution to date, interviewed the host of the popular comedy Egyptian TV show Al-Bernameg, Bassem Youssef, and -- promoted (correctly) a vision of the Egyptian revolutionary as garbed in a kufiya. View it here. 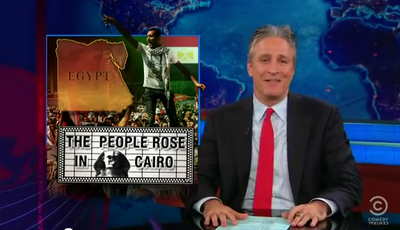 Posted by Ted Swedenburg at 2:49 PM No comments:

Given the current state of affairs in Egypt, with the Supreme Council announcing its revisions of the constitution, which grant it much more power, and as the Egyptian public awaits the announcement of the victor in the presidential elections...this song, chanted by the Ahlawi Ultras (fanatical fans of the Ahli football/soccer club) at the Parliament sit-in in April 2012, seems only appropriate. This is no "Kumbaya." It's very useful for English speakers, because it comes with subtitles. (I'm looking for the Arabic.)

Oh SCAF you bastards. How much money is a martyr's blood?

PS: for a great analysis of the current disarray of Egypt's political system, please check out this article by Nathan Brown.
Posted by Ted Swedenburg at 10:23 AM No comments:

Music and Torture, Music and War

Very interesting documentary from al-Jazeera, called "Songs of War." It features Christopher Cerf, a composer for Sesame Street, who, after learning that some of his music was used in the torture of US-held prisoners of the "War on Terror," at Guantanamo and in Iraq, tries to make sense of what it all means.

Posted by Ted Swedenburg at 8:48 PM No comments:

Jadaliyya recently published this terrific article on the underground but now bubbling to the surface music scene which outsiders (like myself) have called techno shaabi but which is known locally as "mahragan" (or sometimes, mahraganat, the plural form), which translates as "festival" music.

Morayef tells us that it's the music of the popular quarters, of the microbuses and the ta'amiya stands. It is rooted in Egypt's "shaabi" music, the beats are pure sha'abi, but the sound is provided by DJ's jamming lots of electronica. The singing is shaabi as well but often heavily auto-tuned. The lyrics are full of humor and slang and are often very direct. Exceptionally and unprecedentedly direct, in fact, in their use of curses and vulgar language. Particularly in the case of the amazing Amr Haha (also spelled 7a7a).

Morayef describes Haha's new song, “Aha el shibshib daa’!” or “Fuck, I’ve lost my slippers!” Part of the impact generated by the song is that swearing is something that has long been taboo in Egyptian music. I remember discussions with Egyptian friends when I lived in Cairo ('92-'96) who were interested in rap music and were amazed by all the bad language. It seems that "mahragan" artists like Haha, and in fact perhaps particularly Haha, based on the evidence (all his music available on youtube) is responsible for breaking through that taboo. The song also gets its traction among audiences by its focus on the mundane, the loss of a slipper. Morayef states that mahragan music often, or at least sometimes, has an oppositional edge. Haha and his posse (including Sadat and DJ Figo) mix the popular slogan “yasqut yasqut hokm al-‘askar,” or “down, down with military rule,” in their songs.

Elliott Colla, in his article "The People Want" in the latest Middle East Report (just out), shows how 7a7a, while supportive of the revolution, is also able to poke fun at it slogans. And I quote:

in one particular song, entitled, “The People Want Five Pounds’ Phone Credit,” 7a7a pokes fun at the slogan “the people want” even as he champions it:

While 7a7a uses the same musical pattern of the slogan, he also adds rhyme where none existed before. Moreover, unlike the slogan, this song can only be pronounced in the vernacular. And like the sounds of the words, the lyrics also refer to a very local urban experience of poverty. This song also draws into question the tiredness of the slogan and the term -- “the people.” More precisely, 7a7a points out that “the people” is a rhetorical figure. In other words, 7a7a’s riff on revolutionary rhetoric suggests something very important, namely that the most powerful metaphor employed during the uprising was that of “the people” itself.

For a great account of Amr Haha playing at a wedding in a popular quarter, check out this account by Sarah Carr.

sing about their neighborhood, about faith and superstition, envy and the evil eye, and black magic. The lyrics flow like a conversation about an average day in their life as Oka, Ortega, and Wezza take turns in singing verses, while the others echo or call out to their neighborhood. In fact, the structure of their songs and the flow of their singing are very similar to rap music: street culture, roots, pride, ego, and prayer combined with a heavy rhythm and a raw energy.

What is also notable about this video is that it shows Eight Percent performing "Ana Aslan Gamed" not in Cairo but in the southern city of Aswan, and so, the crowd is full of young Nubians. We learn, then, that the group has a sizable fan base outside of Cairo, and as well, that mahragan groups are performing in concerts, not just at neighborhood weddings and parties (which was where they got their start playing).

I am really bowled over by "Ana Aslan Gamed." I find it quite beautiful, and at this moment, it's my favorite of all the mahragan music I've heard. The footage is quite remarkable as well, and it's from a forthcoming (2013) film about mahragan, called “Underground/On the Surface/Raise Your Hand if You Love God,” by director Salma El Tarzi. Please check out the film's blog for more information about the film (and even if you can't read Arabic, it's worth checking out the youtube vids, which feature clips from the film.)

Morayef tells us that mahragan music gaining a growing middle class audience. I was amazed to read her description of Haha and company performing at the Greek Club, one of my favorite establishments in downtown Cairo, but very much a place favored by middle class intellectuals and artists. The fact that shaabi, and in particular, electronic shaabi, is being performed in such a space, is testimony to how far mahragan is moving out of its origins in Egypt's popular quarters.

The more attention I pay to mahragan the more I hope that it blows up internationally, like kudoro or baile funk. It certainly is worthy of the attention. And it is about time for the world to recognize the incredible creativity, humor, tenacity and art of Egypt's lower and working class youth.

Mahragan is also good tonic, for moments when one get depressed about Egypt's ongoing revolution. It will cheer you up, and make you optimistic about the energy of Egypt's youth and its masses.

(I became aware of mahragan -- without knowing what it was called locally -- last fall, and have been struggling to make sense of it. I posted about it here, here, and here. So glad to read Morayef's account.)