1. Thanks to Tim Abdellah Fuson and his invaluable blog Moroccan Tape Stash, a link to samples from the Moroccan Field Recordings at the Pitt Rivers Museum. The recordings in question were made in 1961 by an Oxford University "expedition." And Tim does us the favor of describing and adding his own keen insights into these recordings. 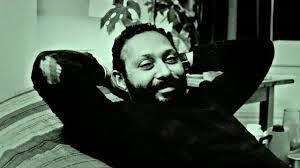 2. Nabeel Zuberi, author of, among other things, Sounds English: Transnational Popular Music (2001, University of Illinois Press), has done a wonderful mixtape in tribute to the late Stuart Hall. As you would expect, it's very political, transnational Caribbean, etc. And illuminating -- I was not familiar with most of the material, except for Pete Rock & C.L. Smooth's "Good Life" and Linton Kwesi Johnson's "Reggae Fi' Peach." And I was familiar with some of the artists. And I loved these lines from a great track by Eddy Grant, "Living on the Front Line": 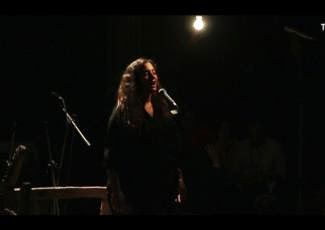 3. Thanks to Sherine for alerting me to this article in Mada Masr about Egyptian singer Nadah El Shazly, who I had never heard of. The article doesn't mention it, but the clear influence, at least as far as "Western" sources, seems to be trip-hop, of early to mid nineties vintage. Particularly on the songs "Shorbet Rosas" and "Ghaba." (Check them out on El Shazly's Soundcloud page.) They also remind me of the work of Lebanese group Soapkills (vocals, Yasmine Hamdan), who I think wore their trip-hop influences on their sleeve. There is more going on than that, of course, and El Shazly is capable of other sounds as well, as in her collaboration "Athar Nowaa" with Egyptian rapper El Rass. 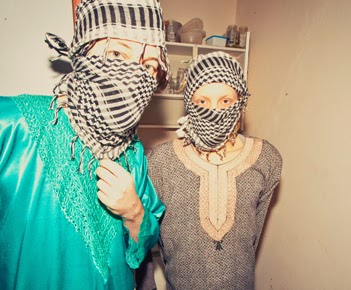 4. And Cairo Liberation Front (who are Dutch) have a new mahraganat mixtape, available here. With music from Islam Chipsy and Sadat & Alaa Fifty Cent and more.

Enjoy.
Posted by Ted Swedenburg at 11:27 PM No comments:

I recently ran across a couple of very cool sites for vintage downloads.

First is this one, Vintage Arab Pop Music.

It is mp3s of 50+ 78s from the 1930s-1950s. Unfortunately the person who has posted them does not read Arabic, and some labels do not use Latin characters. There is some wonderful stuff here from well-known artists like Mohamed Abdel-Wahab, Umm Kalsoum, Sabah and Fayrouz -- and a lot by artists I did not know. A great source to explore.

The tracks I found most interesting were two by Hanan and Fayrouz (yes, the Fayrouz). In English they are identified only as "Swing" and "Rhumba." 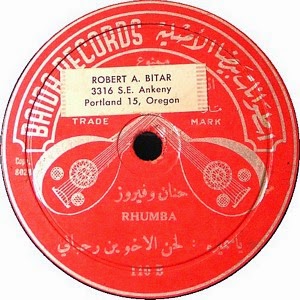 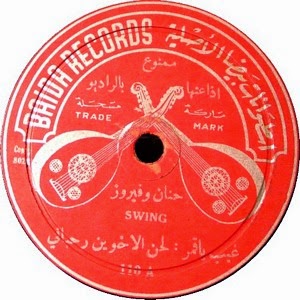 The "swing" track in Arabic is غيب يا قمر (Ghayb ya 'amr), and the "rhumba" is يا سميرة (Ya Samira). The label says they were written by the Rahbani Brothers, and according to this post on Soundcloud they date from between 1951 and 1954, that is, very early in Feyrouz's career. I'd like to know more, both tracks are so delightful. Harmonies! Especially on "Ghayb ya 'amr," which has a bit of an Andrews sister feel to it.

The Arabic lyrics for "Ghayb ya 'amr" can be found here. (I think the translation is more or less, disappear, O moon, but hopefully someone who reads this will come up with a more colloquial translation.)

This is tumblr account so new stuff keeps showing up. It's a pretty wide variety, stuff like Sayid Darwish, Warda, Nass El Ghiwane, and so on.

But it's what you might not have heard of before that might be the most interesting. I'd never heard of the Syrian singer Mayada El Hennawi before, and I just love this album of hers: Moush Aweidak/Ashwak. 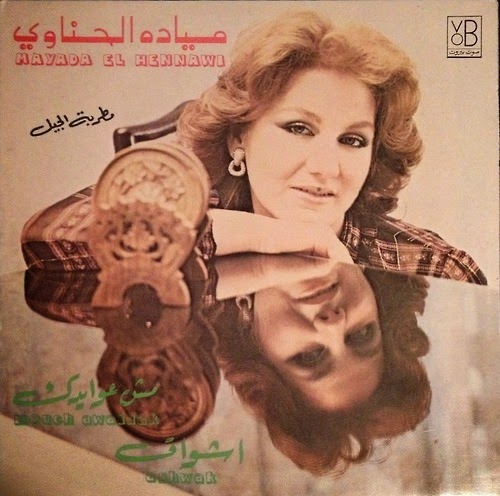 And I had never before heard Egyptian composer Riad el Soumbati performing his composition Al-Atlal, made famous of course by Umm Kalthoum. His version is great, fabulous oud playing. 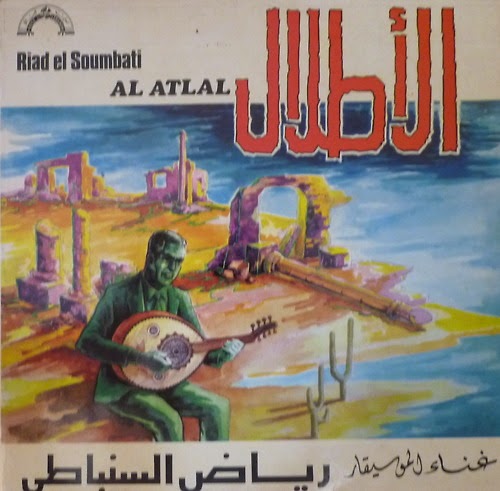 One warning about this site: some of the records are scratched and skip or stick...But ma'leesh.


Posted by Ted Swedenburg at 6:03 PM No comments:

Youth of the Gulf, Youth of Palestine 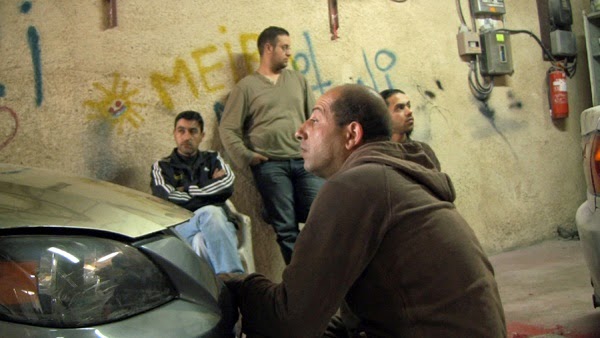 A couple days ago a short post I wrote for the Merip blog on youth in the GCC countries and Palestine got published. It's about youth in the Gulf who are civicly and politically engaged, and Palestinian youth who are, mostly, disengaged and who would be considered by pundits and social workers, "delinquent."

Here's the final sentence: "Maybe analysis of Arab youth should start with learning who they are, rather than only respecting them when they conform to our preconceived ideas of what constitutes civic engagement."

Please check it out.
Posted by Ted Swedenburg at 10:25 AM No comments: