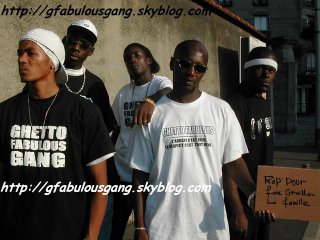 Finally I've found a couple articles that examine the--to me--rather obvious point that French rappers have for years been exposing the troubling realities of the banlieues of France, which recently exploded in riots & car-torching throughout the country. Hugh Schofield, in an article for BBC News entitled "French rappers' prophecies come true," cites a number of prescient rap lyrics. Here's a sample:

"What is it, what is it you're waiting for to start the fire? / The years go by, but everything is still the same / Which makes me ask, how much longer can it last?" (Joey Starr of Supreme NTM, "They Don't Understand," Qu'est-ce qu'on attend?, 1995)

"The state is screwing us / Well you know, we are going to defend ourselves / Don't try to understand." (Fonky Family, "Don't Try To Understand," Si Dieu veut, 1999)

(Clichy-sous-Bois is the Paris banlieue where the teenagers Bouna Traore and Zyed Benna were electrocuted at an electricity substation on October 27; Aulnay-sous-Bois is another Paris "suburb" and one of the centers of the rioting.)