Meir Ariel: “At the end of every Hebrew sentence, sits an Arab with a hookah" 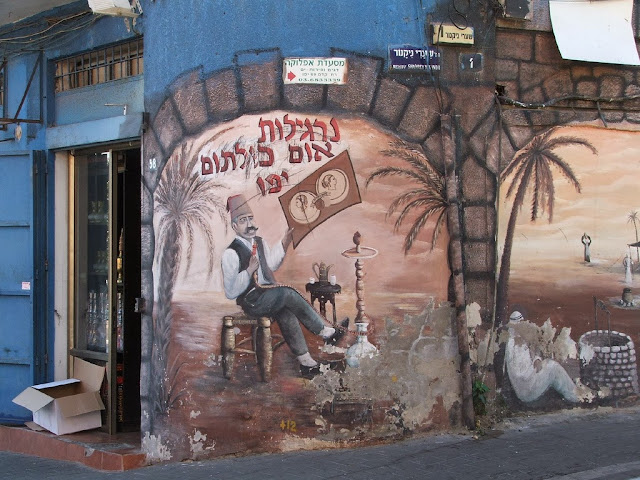 From a very illuminating article on the Israeli (Jewish-only) left, by Susie Linfield, in the Boston Review.

Unfortunately, Linfield misses the potential implications of this quote from singer-songwriter Meir Ariel. (Unfortunately, I don't know what song of his is referred to.) No Palestinians are interviewed for the article, and so the Palestinian-Israelis who are about 20% of the Israeli population, are not presented as part of the Israeli left. Nor is there any Mizrahi presence here, as far as I can tell. So the tale is one of Ashkenazi progressives and Palestinians in the West Bank and Gaza, and Mizrahis and Palestinian-Israelis (who combined make up much more than 50% of the population of Israel) are excluded.

That said, the article is nonetheless very interesting, and I'm very glad it gave me this quote!

I've been informed that the song in question is "Shir Keev" שיר כאב ("A Song of Pain"). Here it is, with translated lyrics.

It's a pretty interesting lyric. The singer complains that his girlfriend seems to be falling for an Arab (Palestinian citizen of Israel) who participates with them in a "mixed" theater group and is from the Triangle (an area adjacent to the West Bank with a high concentration of Palestinians, including the towns of Tayibeh and Umm al-Fahm). It's the fact that the girl is attracted to the Arab that makes it a song of pain.

The Arab invites them to visit him in his village. He serves them alcohol. It gets late, he invites them to stay over because of all that they've had to drink. The singer says no, we're gonna go. Where? the Arab asks. To Jerusalem.

The Arab responds, "At the end of every sentence you say in Hebrew sits an Arab with a hookah/nargileh. Even if it begins in Siberia or in Hollywood with Hava Nagila."

The man responds in Yiddish "She judges between us." (It's not clear whether the Arab understands the Yiddish. But I think not.)

Comments on the youtube vid suggest that the song is "really" about the land of Israel, represented by the girlfriend.

Sooooo, it turns out that Linfield does not get the quote quite right, that the lyric in the song is uttered by a Palestinian-Israeli. And that the song, unlike Linfield's discussion of the Israeli left, includes rather than excludes the point of view of the Palestinian citizens of Israel.

Posted by Ted Swedenburg at 9:24 AM

Vape blow said...
This comment has been removed by a blog administrator.
1:16 AM