Café Gibraltar, from the progressive Israeli online publication 972 Magazine, often presents some nice mixes. I particularly liked the first three tracks on this recent mix ("Sounds from the Other Israel") from Israeli DJ Maor Anava, whose father is Syrian (Aleppo) and whose grandmother was Moroccan. He was one of the founders of Fortuna Records, whose project is to put out rare psychedelic Middle Eastern and Israeli recordings. You can listen to some of their stuff here, including a sample of their first release, by Grazia. And you can check out a podcast that Zack from Fortuna did for Gilles Peterson World Wide here. (It has some Cheikh Mwijo and some Omar Khorshid, so it's worth a listen.)

The first track (after an introduction) is a great one, "Loumina" from Jasmin and Acher Almagribi. I really like Jasmin's voice. I can't find anything about them, but there are a number of recordings of Acher up on youtube. I particularly liked this one, a live performance of "Mahani Zine," a song made popular originally (I believe) by Sami Halali.


The electric guitar is great here. Comments suggest that the more common English spelling of this singer is El Maghribi, and that this is recorded in Morocco but that Acher is now based in Israel.

The second track is "Ash Blani Bik Tah Blitini" from Raymonde. This is Raymonde El Bidaouia, born in Casablanca in 1943, emigrated to Israel with her family in 1952, and who recorded in Israel but was also very popular back in Morocco. She gets a great writeup from Jewish Morocco here.

Here she is doing "Chouf Ghero," a really terrific song. 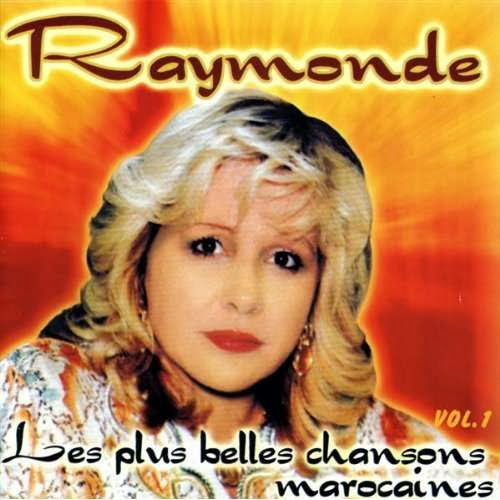 It was also a hit for the great Najat Aatabou, and appears (spelled "Shouffi Rhirou") on her 1991 release for Global Style, The Voice of the Atlas, and also, as "Go Find Another Guy (Shoufi Ghirou)," on her 1997 Rounder recording, Country Girls and City Women. Here's a great live recording of Najat Aatabou doing the song on Beur TV. 3 Mustaphas 3 covered quite decently on their first album (1987), Shopping. I don't know when Najat first recorded it, but presumably it was before 1987, when 3 Mustaphas 3 got their hands on it. And I assume that Najat was covering an original by Raymonde.

Finally, there is "Echo Capsses" from Koko. I have no idea who Koko is but I love the song, especially the Greek style guitar. Listen to it here. This is typical "Israeli Mediterranean Music," the hybrid musical genre created by Israeli Mizrahis. It's typical because when it was still on the margins -- the sixties through the eighties -- it was not really acceptable for it to sound too "Eastern," i.e., Arab, and so a Greek sound was a way to be acceptably, sort of, Eastern. You can read all about the genre in Amy Horowitz's great book, Mediterranean Israeli Music and the Politics of the Aesthetic.

Finally, check out the website of Victor Kiswell, which is where Maor Anava acquires a lot of his rare music. Click on the Arabic Oriental link and you will find all sorts of amazing stuff. If you are like me you will find the prices a bit rich for your taste, but it's a way to find out about rare recordings that you will not know about. I plan to introduce some here in future.
Posted by Ted Swedenburg at 11:11 PM