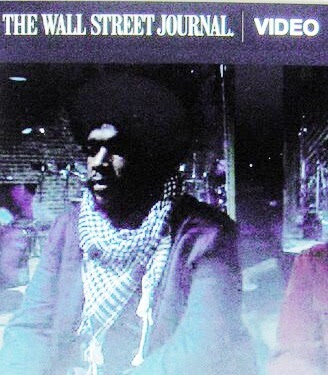 A sort of update about The Roots, house band for "Late Night with Jimmy Fallon." The promotional material produced just prior to the show's opening, which featured the band, showed the Roots' drummer ?uestlove garbed in kufiya. I froze a frame on my computer, and shot this shot.

Check out this review of The Roots' first week with Fallon. It says, among other things, "the greatest revelation of the first week of "Late Night With Jimmy Fallon"...was that it's wholly plausible that the Roots are funnier than their host."
Posted by Ted Swedenburg at 8:54 AM