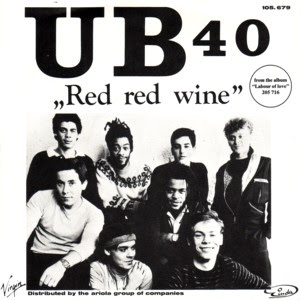 I'm posting this on behalf of a friend who is helping to promote the concert.

To aficionados of old school reggae: UB40 will be performing in New York, on Thursday, May 7 at the Nokia Theatre in Times Square. UB40 are from Birmingham - formed in 1978 - and (as 80s heads may know) have had 50 hits in the UK. They gained popularity in the US with the release of Labor of Love, an album of cover songs; their breakout hit on this side of the Atlantic was "Red Red Wine" (a cover of a Neil Diamond song.) Other hits include "Groovin'", "I Got You Babe" with Chrissie Hynde (who discovered them) and "Kingston Town" (a remake of Lord Creator's 1970 version, though UB40's version is a tribute to the earliest West Indian immigrants to England - see newspaper headline: "Town Stages Dance For Coloured People").

Discount Tickets Available!
Posted by Ted Swedenburg at 11:28 AM

Email ThisBlogThis!Share to TwitterShare to FacebookShare to Pinterest
Labels: reggae