Items I've wanted to post about have been piling up. They need to get off my desk. Let's begin the cleanup!

1. Thanks to Wayne, I learned about this wonderful hip-hop mix, featuring many of the Arab world's top artists. I was particularly glad to see Algeria's MBS included. The song "Dunya" from Canadian-Palestinian rapper Belly is particularly revelatory. Plus there is Detroit's Invincible. It's courtesy the blog The Hairdryer Treatment, which we all should be following. 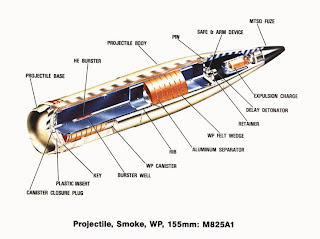 2. Last month Human Rights Watch released a report stating that Israel's military had used phosphorus in an indiscriminate manner during its three week assault on Gaza, result in deaths and injuries to Palestinian civilians, and constituting a war crime. Did you know that the phosphorus weapons Israel used are supplied by the US, and that the white phosphorus shells are produced, in their entirety, in my state, at the Pine Bluff Arsenal? 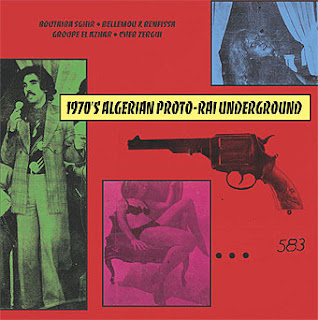 3. You need to read Jace Clayton's review of two recent rai compilations. And you need to purchase both of them. I've posted about one of the tracks Clayton writes about, "Un gaou oran," here, on my mepop blog. (The video is a must see.) One of the compilations, 1970s Algerian Proto-rai Underground, from Sublime Frequencies, is only available currently as a download, but I believe it is coming out very soon on CD. 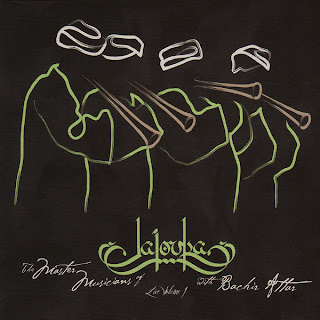 5. RIP J.G. Ballard. Crash is one of the most shocking, subversive, disturbing, dangerous, and incisive novels I have ever read. 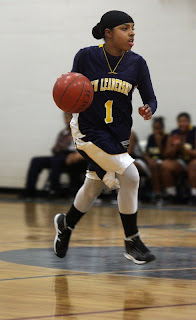 6. Then there is the sensational basketball player Bilqis Abdul-Qaadir, a high school star from Springfield Massachusetts, who plays wearing Islamic dress, including hijab. She just beat the state scoring record, for men or women, topping 3000 points during her career. I'm very excited that she will be playing at the University of Memphis next year, and hope that a game with the University of Arkansas is in the schedule. The Boston Globe produced an excellent article about Bilqis back in February. More recently she was covered by Sports Illustrated. Unfortunately but symptomatically, the author, Selena Roberts, manages to link Bilqis' struggle for acceptance as a devout Muslima basketball player in the US to the issue of Shahar Peer, the Israeli tennis star who was denied a visa to play at the WTA tournament in Dubai in February. Roberts makes the denial out to be a "religious" issue, when it was in fact political, and had to do with the groundswell of protest against Israel's aggression in Gaza (December 2008/January 2009).

...Desk cleaning will continue later. There is more to come.
Posted by Ted Swedenburg at 11:27 PM

Forward said...
This comment has been removed by the author.
6:57 AM

The feud is really about one man claiming to be the inheritor of a musical tradition and getting royalties and stuff that should have gone to the community. Plus doing rearrangemnets of ancient music because he felt it would endear him to westerners. A sad Uncle Tom issue.

rthe village and the mucians there are all cool with each other. Come to the festival 5-7 June and see booking www.joujouka.net or email joujouka@gmail.com

Jace wrote an interesting article and airs things that need to be aired.
Well spotted.

Frank's version of the feud is far from disinterested, as he is the promoter for a rival band, made up of wedding musicians from another village, who goes to amazing lengths to smear Bachir Attar with no proof at all and apropos of nothing.

By doing this, Frank deprives others in the village of their livelihood, which Bachir is trying to sustain, even taking taking no salary himself for a recent tour and giving all the money to the other musicians.

Frank has also emailed other parties like myself with vaguely threatening info and slander about Bachir.

Jace's source seems to be Rynne, and I'm quite dissappointed to see both taken face value here.