A random thought. I'm trying to do some catching up on reading. Today it was J. Hoberman's (the best film critic) review of Alan Wald's Trinity of Passion: The Literary Left and the Antifascist Crusade, in The Nation, October 8 (available online only with a subscription). Here's the bit that interested me:

"Another narrative concerns the autobiographical Spanish Civil War fictions of Abraham Lincoln Brigade veterans Alvah Bessie, Milton Wolff and William Herrick; for Wald, these novels constitute "a hitherto neglected segment in Jewish American cultural history." Grim, grizzled and jaunty, Bessie strikes an appropriately battle-hardened pose on Trinity's cover. Wald sees Tough Jews, like those who populate Bessie's Men in Battle, Herrick's Hermanos! and Wolff's Another Hill, as an alternative to the traditional Jewish Menschlichkeit that figures in the work of novelist Albert Maltz and playwright Irwin Shaw, two Popular Front middlebrows who would gain Hollywood contracts and be named as Communists in the course of the November 1947 hearings held by the House Un-American Activities Committee."

Menschlichkeit: the qualities that make one a mensch, a good guy. Properties that emerge from the Yiddish culture of the ghetto.

Is the "Tough Jew" advocated by Alvah Bessie and other Jewish vets of the Spanish Civil War related to the "tough Jew" masculinist image fostered by the Zionist movement in Palestine, as an alternative to the meek and mild and impotent Jew of the shtetl? Did the CP-USA play a role in the emergence of the image of the fighting Jew, so important for the Zionist movement? (Think: Paul Newman as Ari Ben Canaan in Exodus.) 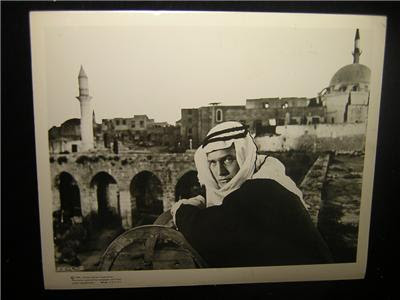 As I said, random thoughts. According to Wald, these novels of Bessie et al have been neglected, so, who knows? (And I didn't mean for this to be another kufiyaspotting--this is the best Exodus photo of Paul N. I could find. He's really tough here, dressing up as the enemy.)
Posted by Ted Swedenburg at 11:44 AM

Email ThisBlogThis!Share to TwitterShare to FacebookShare to Pinterest
Labels: Zionism

Yeah, it could be some obscure novel from the 1930s. Or wait, it could also be the systematic murder of 80% of Europe's Jews followed by murderous assaults by the Arab world. That might convince even you to abandon non-violence.

Note: I only said their MIGHT be a connection between Alvah Bessie's novel and the emergence of the Zionist version of the tough Jew. And of course that is related to the Holocaust. But the Arabs didn't perpetrate the Holocaust, and the Holocaust is no 'excuse' for the expulsion of 700,000 plus Palestinians from their homes in '47-'49.