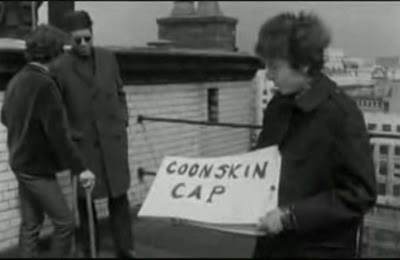 I was alerted to this fez by Manohla Dargis' review of D. A. Pennebaker’s film 65 Revisited, based on footage shot for his famous Bob Dylan documentary, Don't Look Back. 65 Revisited includes an alternate version of the famous scene from Don't Look Back where Dylan flips through flash cards from the song "Subterranean Homesick Blues," while standing in an alley. Allen Ginsberg appears on the left side of the screen. 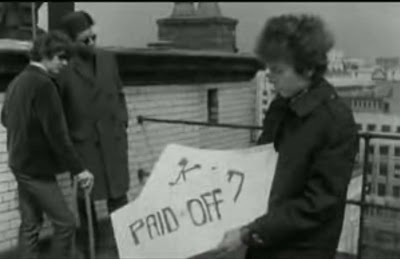 Here's what Dargis has to say about the alternate version:

The setup resembles the alley version — Mr. Dylan drops cards while standing (if visibly shuddering) on the right of the frame — though in this version his Columbia Records producer, Tom Wilson, makes a stylish stand-in for Allen Ginsberg. Wearing shades, an overcoat and an insouciant fez, Mr. Wilson looks as cool as it gets, cooler than even that poetic alley cat.

I believe the other guy is Bob Neuwirth. 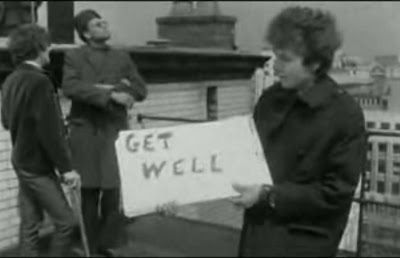 What I find very interesting about Dargis' observation is that the "insouciant" fez worn by Wilson seems to be key to how cool he looks. How is it that the fez got to be so cool in the US in the fifties and sixties? 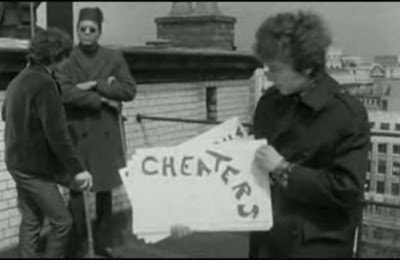 This is the question that I'm trying to work out. Tom Wilson, by the way, was extraordinarily cool, and deserves to be regarded as a producer on the order of Phil Spector. Among his production credits are Dylan's Don't Look Back, the Mothers of Invention's Freak Out!, and The Velvet Underground's White Light/White Heat. 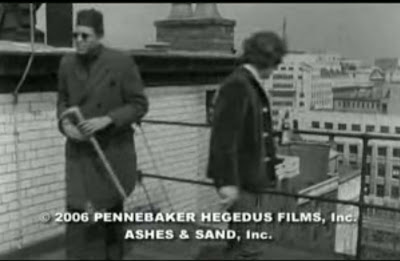 Check out the Wilson-fez version from 65 Revisited here.

My first fez alert, prompted by "Mad Men," is here.
Posted by Ted Swedenburg at 6:05 PM