I've not posted for awhile because I was at the American Association Annual Meetings last week, and managed to come down with a cold as soon as I returned. I always enjoy going because (1) I get away, usually to a fun city; (2) I get to hang out with a lot of old friends as well as meet new and interesting people; and (3) I am often intellectually stimulated by the papers. Although the positive aspects of going to AAA meetings by far outweigh the bad, a number of things bother me more each year. One is, the meetings are now way too big. I don't know how many thousands now attend, and sessions start at noon on Wednesdays, run as late as 9:45 on Wednesday evenings (but mercifully end by 5:45 Thursday-Saturday), and don't finish until 2 PM on Sundays. Moreover, the discipline is very hierarchical, with the prestige and resources accruing to faculty and students at the "best" institutions. There are too many "superstars." This system makes me appreciate the Middle East Studies Association meetings, where there is no analagous "star system."

Finally, what I noticed more this year than previous years was that grad students from "top" programs displayed a kind of herd mentality in their seeming need to cite the same authorities. 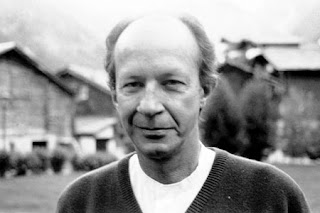 I don't know how many papers I heard that cited Giorgio Agamben, but based on my very unscientific survey, I venture to say that he's the most important theorist for anthro grad students at prestigious institutions to cite. In most if not all instances the citation was appropriate to the subject matter, but nonetheless the sheer frequency of citation was remarkable. Second in frequency was Michel Foucault's notion of "governmentality." Third key word perhaps was sovereignty (I'm a little less confident of this one), of concern of course both to Agamben and Foucault.

Now, I in no way want to argue that Agamben or Foucault or their ideas are unimportant, far from it. Rather, I'm interested and curious about the ebb and flow of the popularity and prestige of particular theories. Four or five years ago, it was Hardt and Negri's Empire. I recall talking to a grad student from Duke at an AAA meeting when Empire was all the rage, and she seemed relieved to hear that I didn't think that the book was essential for her proposed dissertation project. (Again, I have no intention of slamming Hardt & Negri; I've known Hardt since he was a grad student at University of Washington and have great admiration for him.) Shortly before that, if I'm not mistaken, it was Žižek, Žižek, Žižek. (And again, my props to Slavoj.)

It would be interesting to figure out why this happens. Are particular prestigious professors fueling this? Is it a matter of demonstrating one's cutting-edge theoretical abilities in a very competitive field?

It was refreshing by contrast to hear papers like Julie Peteet's, on the ongoing protests against the "separation barrier" at the West Bank village of Bil‘in, in which she used Mary Douglas to make sense of how the presence of Israelis at the demos appears to be "matter out of place." Or Avi Bornstein's creative study of emotion among ISM activists in the West Bank, where he referred to long out-of-fashion anthropologists like Fredrik Barth (on ethnic boundaries) without apology. And then there was a "star"-studded panel on "Sacrifice, Sovereignty, and the General Economy," inspired (I think, I was only there for the second half) by Bataille.

There are other useful theorists besides Agamben and Foucault, kids!

Other papers I really liked and learned a lot from were from Paul Silverstein, on Amazigh (Berber) activism (which involves philo-Semitism) in Southeastern Morocco. And just to demonstrate that I'm not inherently hostile to grad students from prestige-laden anthro departments, here are three other papers that I thought were particularly good: Neha Vora (UC-Irvine) gave a paper on South Asian elites in Dubai, from which I learned that those elites accrue many advantages from not having citizenship rights in the UAE, and that they benefit as much as wealthy Dubai citizen Arabs from the super-exploitation of migrant labor from South Asia. I also learned a lot from two papers on Iranian bloggers (whose blogosphere, I found out, is called Weblogistan), by Niki Akhavan (UC-Santa Cruz) and Sima Shakhsari (Stanford). (I wish I could recall specifics, but trust me, keep an eye out for their publications.)
Posted by Ted Swedenburg at 4:11 PM

I think a lot of it is based on who your grad school peers are mentioning when you arrive at the scene in grad school. It's also a form of academic competitive angst to bone up on what your peers are name-dropping. The number one reason is that theorists with exotic sounding names make our papers seem more important.

I'm absolutely smitten with Giorgio Agamben. Maybe I'm not the only one.

Okay, that's not an academic answer. But I truly am smitten. The man is a genius. As far as his present popularity, perhaps it's merely a theoretical fad, or maybe it's due to his prolific oeuvre? He gives a student many excellent works - spanning a multitude of topics and disciplines - to cite!

Of course, Agamben is very smart and his work is great, and so is Foucault, and so is Zizek, and so is Bourdieu, and so on. But why did almost EVERY graduate from the top tier schools feel the need to cite Agamben, as opposed to all the other very decent theorists. What explains this 'fad'? Not his genius, I would argue.

Hmm, this is interesting and refreshing, as an undergraduate student, I have been fascinated by much of Agamben's writings and most probably would have considered using him throughout my M.A thesis in the years to come. I do, however, think that this chain of Agamben and Foucault citations come down from professors, those of which are normally lieu's of inspiration for us students. So, this ongoing need to cite Agamben might be driven down by our academics whome seem to be focusing on his theories throughout their work, or at least at my institution, one that I wouldn't characterise as a "top tier". Perhaps academics at these universities have indirectly characterized Agamben's work as the "correct norm".