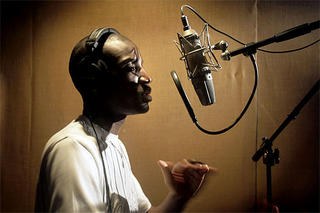 A useful article from the L.A. Times on French-Congolese rapper Abd al Malik, a member of the hip-hop group New African Poets (N.A.P.). Useful in that it provides a different image from the predominant one of Muslims in France's urban ghettoes (banlieues), who are frequently depicted as congenitally disposed to extremist, jihadist Islam. Abd al Malik is a critic of the jihadis and a devotee of Sidi Hamza, a Sufi spiritual leader from Morocco.

Hisham Aidi discusses French Muslim hip-hop and its involvement in struggles against racism, promoting Arab-white-black dialogue, and positions on 9/11 in his article, "Let Us Be Moors: Islam, Race and 'Connected Histories'" (Middle East Report 229, 2003).
Posted by Ted Swedenburg at 12:09 AM

winstana said...
This comment has been removed by a blog administrator.
12:33 AM