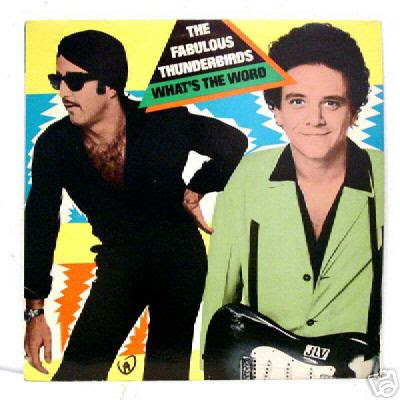 I finally found a photo of Kim Wilson in a turban. Kim Wilson, the great lead singer and harmonica player of The Fabulous Thunderbirds. The other guy is lead guitarist, Jimmy Vaughan, brother of the late Stevie Ray Vaughn. Jimmy plays in a more restrained style than brother Stevie, but is fully his equal. I used to see these guys play in clubs all the time in the late 70s in Austin, and they kicked ass. Best album from that era is their eponymous The Fabulous Thunderbirds (19779), and this one, What's the Word, is a close second.

Kim used to wear the turban in concert quite often, and he looked slick.
Posted by Ted Swedenburg at 10:22 AM