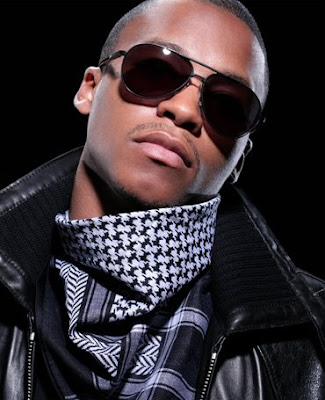 A big "shukran" to Mark, who spotted this image for me, on the homepage of Lupe Fiasco's official website. Unlike most other celebrities who have donned the kufiya, we can be pretty confident that Lupe knows something about the Palestinian resonances of this symbol. Lupe (born name Wasalu Muhammad Jaco) is a Muslim, is quite open about his Muslim beliefs, and his father is African (I've not been able to determine which country). Besides the kufiya, there is also the cover of his latest album, The Cool, which features English writing made to look like Arabic script. (It says "Lupe Fiasco.") 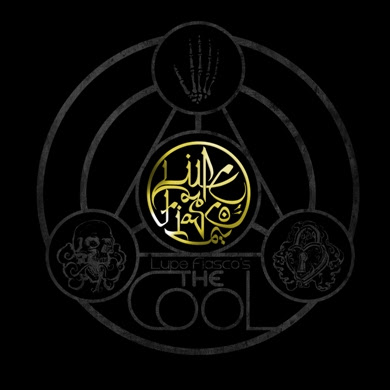 Kanye West is featured on the cover of the January 2008 cover of Spin, as co-entertainer of the year, along with Daft Punk. This photo is from Spin's feature article on Kanye. It's a faux kufiya, it evokes kufiya. I guess it belongs here, I've finally decided, since being alerted to it by Chris (thanks!) a couple months back. 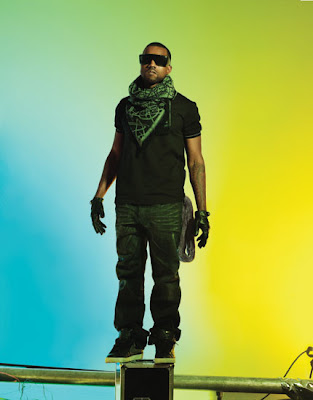 Posted by Ted Swedenburg at 9:16 AM

I'll be seeing Kanye AND Lupe in Dallas at the beginning of May...my kufiya spotters will be as sharp as ever.

one thing also is that lupe grew up on the west side of chicago, but his family was heavily involved in the palestinian community on the southwest side--bridgeview, etc. the imam who prayed over his father's body (may he rest in peace) was shaykh jamal (palestinian shaykh). and lupe has attended trial hearings for muhammad salah, etc. he's solid.
apparently everlast was at the USA vs Al-Arian film screening in LA recently (with Fredwreck)!