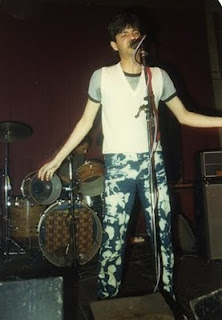 Thanks to Nabeel Zuberi, I was led to this post about the post-punk British Asian band Alien Culture. The post is informative, it's very important history, especially if you are interested in the emergence into visibility of BrAsians in Brit pop culture and anti-racist politics. You can also download the only two songs that the band ever recorded, "Asian Youth" and "Culture Crossover." John Peel played them on his show, but the band never "made" it.

I had thought the only visible Asian music in Britain at the time was Monsoon. I am now disabused.
“People rather fear being swamped by an alien culture” – Margaret Thatcher 1979
Posted by Ted Swedenburg at 9:37 AM