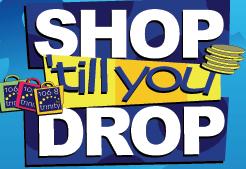 Bob Herbert's op-ed in Monday's New York Times (Nov. 27) resonated with what I've been thinking about how the US public seems to be dealing with the ongoing Iraq disaster. "Americans are shopping while Iraq burns," is how Herbert opens his piece. He goes on to say, "With no obvious personal stake in the war in Iraq, most Americans are indifferent to its consequences...This indifference is widespread. It enables most Americans to go about their daily lives completely unconcerned about the atrocities resulting from a war being waged in their name."

Yes, most Americans don't support the war, and the issue of Iraq was a major factor in the Democrats' victories in the House and Senate. And there have been a lot of anti-war protests. Nonetheless, I believe Herbert is absolutely correct, most Americans don't feel the impact of the war and its unimaginable horrors. Here's where any purported Vietnam/Iraq parallels don't hold up: there is no widespread, deepseated moral outrage about the Iraq war. We are living in an unreal bubble, unaffected in any palpable way by the unspeakable outrages in which we are implicated in Iraq. What Herbert doesn't mention (this is the New York Times, after all) is that we are implicated in similar outrages in Lebanon (the July-August '06 war and its ongoing after-effects) and in Palestine, and most lately and particularly, Gaza. (And as I stated in my talk at our local anti-war demo on November 5, the anti-war movement has been pretty silent about Lebanon and Gaza. The Dems who are now in the majority are almost unanimous in their support for Israel's most extreme measures. But thank God for Jimmy Carter, who has been making the rounds of talk shows--last night, Charlie Rose--promoting his most recent book, Palestine Peace Not Apartheid.)

Tags: Iraq, war, shopping
Posted by Ted Swedenburg at 10:10 AM