Options for reading and listening 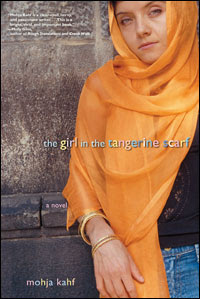 I was delighted this morning to hear Deborah Amos, on NPR's Morning Edition, talking to my colleague Mohja Kahf about her new novel, The Girl in the Tangerine Scarf, and also to hear Mohja read an excerpt. Mohja is a rare talent, and she fully deserves the attention. Listen to the segment, then buy the book. 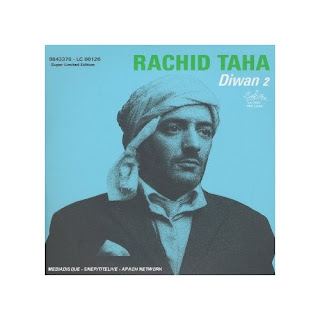 And then, for serious listening, there is Rachid Taha's new album, Diwan 2. The first Diwan (1998) was a tribute to classic songs in the North African repertoire, and produced the global smash hit, "Ya Rayah." On Diwan 2 Rachid also reprises some classics. It's excellent, fully as great a tribute to the voluminous Arab pop repertoire as was the first Diwan. I particularly enjoy Rachid's cover of Abdel Halim Hafez's "Gana al-Hawa" (Garden of Love), from Halim's film, Abi fawq al-Shagara (Father's Up a Tree, 1969). Rachid's cover of Umm Kalthoum's classic song, "Ghanili Shawaya Shawaya," is quite wonderful as well. (This is also the song that Bushra sings in the documentary, Umm Kulthum: A Voice Like Egypt.)

I also highly recommend Jonathan Shannon's new book, Among the Jasmine Trees: Music and Modernity in Contemporary Syria. Based on fieldwork Shannon conducted in Aleppo, it is not only a brilliant ethnographic study of contemporary Syrian music, but it does a fine job of showing how discourses of musical authenticity are at work in constructing essential notions of Syrian modernity and identity. It's one of those rare books that manages to use the cultural artifact, in this case music, to tell you a great deal about the wider culture itself. I'm supposed to review the book for Rootsworld, so I will hopefully have more to say about it later.

Then there's Charles Hirschkind's new book, The Ethical Soundscape: Cassette Sermons And Islamic Counterpublics. I've not yet read it, although I've read a number of Hirschkind's articles, which I believe are incorporated into the book. The subject matter is cassette sermons in Egypt, which circulate very widely in Egypt. I quote from the book description provided by Columbia University Press: "Hirschkind shows how sermon tapes have provided one of the means by which Islamic ethical traditions have been recalibrated to a modern political and technological order-to its noise and forms of pleasure and boredom, but also to its political incitements and call for citizen participation. Contrary to the belief that Islamic cassette sermons are a tool of militant indoctrination, Hirschkind argues that sermon tapes serve as an instrument of ethical self-improvement and as a vehicle for honing the sensibilities and affects of pious living." 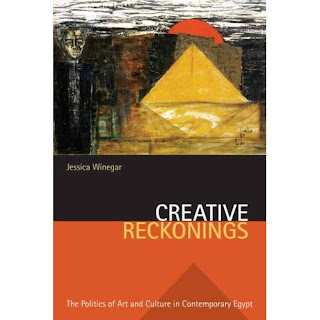 Finally, there is Jessica Winegar's Creative Reckonings: The Politics of Art And Culture in Contemporary Egypt. This is a really fabulous book; I reviewed the manuscript for Stanford University Press. I'll quote from my blurb for it: "In a very compelling and lively style, Jessica Winegar examines the world of fine art in Egypt to provide us keen insights into the turmoils and opportunities afforded by today's fast-moving neoliberal openings. Reading this book was a great delight." (And I really meant it.)

If you are into buying Xmas gifts, these would all be great choices. (The tradition we've developed in my family, however, is to donate to worthy causes.)
Posted by Ted Swedenburg at 9:51 PM