Not that the rest of the news today is by any means sunny, but these two items particularly struck me: 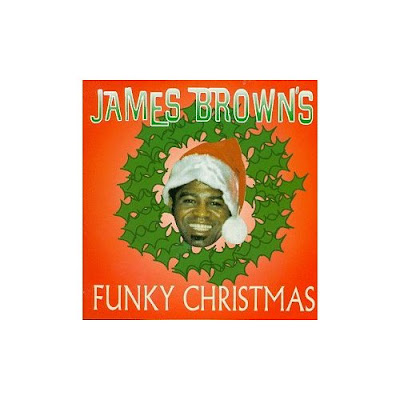 And over the next few days, I'll be listening to other James Brown albums, like Live at the Apollo, The Payback, and The CD of JB.

And then there was the news that Ethiopia has essentially declared war on the Union of Islamic Courts (UIC), one of the two factions struggling for power in Somalia, and has bombed Mogadishu and Balidogle airport. The New York Times today reports that "American officials acknowledged that they tacitly supported Ethiopia’s approach because they felt it was the best way to check the growing power of the Islamists..." This "tacit" support apparently includes backing the presence of a reported 8000 Ethiopian troops in Somalia, training for Ethiopia's military by US advisors, and millions of dollars of US aid ($2.7 million in military aid, $178.3 million in economic aid in 2006). Ethiopia's most recent move, says the Times, constitutes "a major escalation that could turn Somalia’s internal crisis into a violent religious conflict that engulfs the entire Horn of Africa."

Iraq, Palestine/Israel, Lebanon, Afghanistan...and now Somalia? Will the new Democratic-controlled Congress do anything to stop all these disasters that the US is involved in?
Posted by Ted Swedenburg at 5:45 PM

In loving memory:
http://godfather-of-soul-james-brown.blogspot.com/
Keep the soul alive, tell your friends!
Thanks