Tunisia's rappers, of all Arab hip-hop artists, continue to be the most politicized. At least it would so appear.

BBC News reported on October 15 that Tunisian rappers are forming a union to defend their interests. According to the Italian news agency ANSA, "Born under the guidance of a minor trade federation called the CGL, the rappers union has little to do with work contracts and a lot to do with sending a signal to the powers that be. These appear unable to take any criticism, no matter where they come from, and especially if they call for social change." 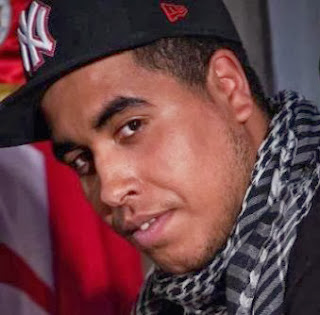 Meanwhile, AhramOnline reported on October 19 that rapper Klay BBJ (named after boxer Cassius Clay/Muhammad Ali), had been acquitted on appeal, after serving six months of his jail sentence of 21 months. He had been convicted of insulting government officials, undermining public morals, and defamation, based on a performance he did together with rapper Weld El 15 during a concert at a sea resort south of Tunis. Weld El 15, notorious for his song "Boulicia Kleb" (Cops Are Dogs), was also convicted, but remains at large. (I wrote a brief post on Weld El 15 in April, here.) 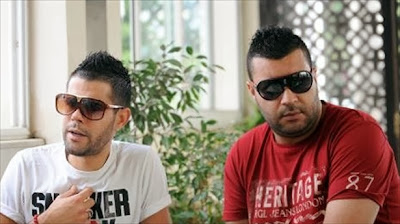 Tunisian rappers Mustapha Fakhfakh and Aymen El-Fikih for their part are about to go to trial for "insulting public officials" and "affronting morals" in the course of protests surrounding the trial of Weld El 15.
Posted by Ted Swedenburg at 10:35 PM