This is a weird one, eh? Paula Deen, the celebrity chef lately accused of uttering racial epithets, was the Grand Marshal for the 2011 Rose Bowl Parade. She appeared in publicity photos wearing a red kufiya. Red, I guess, because it was the Rose Bowl, and she is from a "red state." But the kufiya??? 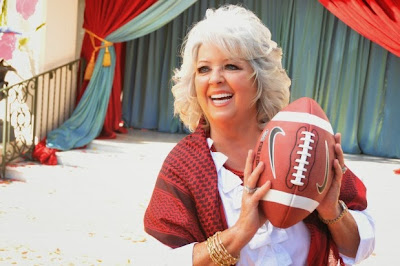 Posted by Ted Swedenburg at 7:03 PM