Can't Believe They Said/Wrote That... 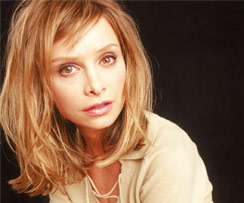 Three items that I came across in the news that I thought were particularly silly as well as telling:

1. Daniel Schorr's analysis yesterday on Weekend Edition Saturday. Liane Hansen's last set of questions was about East Timor. Schorr concluded his discussion of the mess today in East Timor by putting East Timor in the context of "disappointments" in other countries that gained their independence after the Second World War, such as Zimbabwe and Sudan. "Is this," Schorr concluded, "what we ended colonialism for?"

Interesting and instructive because Schorr includes the US in the "we" of colonialism. Symptomatic in that it hints at a notion that maybe life under colonialism was better.

2. Today's New York Times points you towards the Week in Review "World View Podcast." The subject: "Is democracy unraveling in Egypt?"Calvin Sims, the hosts, states in his background, "Last year, Egypt was held as a beacon of burgeoning democracy in the Middle East when President Hosni Mubarak announced he would allow competitive elections." Who in hell thought Egypt was a "beacon"?! Where was the "democracy" that started to unravel? The report is interesting, and the discussion of the protests being led by the judges, important, but the spin....

3. Again from the Times' Week in Review: a story by Jessica Yellin entitled "Single, Female and Desperate No More." It takes another look at the prevailing image of the desperate plight of over-40 single women, supposedly condemned to lives of spinsterhood and bitterness (as symbolized by the Glenn Close character in Fatal Attraction). What do we learn? Things are not so bad after all. 40-year old women can get married. Hooray! In 1996, a 40-year old woman had a better than 40% chance of getting married, and today, the odds are even better.

I had imagined the post-mortem would tell us that 40+ single women were not desperate, were managing to live happy and fulfilled lives as single people. Somehow I had forgotten that the goal of all women, in this heteronormative and couple-centric culture, is to find a man.
Posted by Ted Swedenburg at 2:33 PM