Hipsters. Orientalism. Qaddafi. Yusuf Islam. Rififi. Taqwacore. The Japanese Red Army. Any interest? Read on...
Random stuff I've been gathering for awhile. I meant to do longer posts on some of this material, but the time has passed for that. Time to get all this off my desktop. Here goes.
1. Bashing the hipsters. According to Ben Sisario, this is the place. Hipster Runoff. Only two kufiya posts, here, and here, that don't really add much to kufiya snarkiness. But if you are in search of snide, irreverent and often witty hipster satire, it's all here.

2. Popular Orientalism. Last February the New York Times published an article, in the Antiques section, about Goldsheider ceramics, very popular among the US middle class. Especially popular were the Art Deco figures of the 20s and 30s, including those featuring "harem dancers." What caught my eye was the photo of a figurine called "Aida," which the online version did not reproduce. Now I've found an image (at left). The one I saw on ebay was selling for $4000. An earlier post on the popularity of harem and belly-dance dress among the US bohemian bourgeoisie is here.

3. Gaza and pop culture. Last January, Yusuf Islam (ex-Cat Stevens) released "The Day the World Gets Round." Proceeds from the sale of the single go to UNRWA and Save the Children, for their work with children in Gaza. It's a cover a George Harrison song, and recorded with bassist Klaus Voorman, who used to play with the Beatles. I'm not a big Islam/Stevens fan, but I like this one.

4. Qaddafi, the Opera. Almost too odd to be true. News from September 2006, but still worth recording. Put on by the English National Opera in London, and called "Gaddafi: A Living Myth," it was ostensibly meant to attract younger audiences. To that end, Asian Dub Foundation was commissioned to dub the score. If we can credit The Guardian, it didn't work too well. I'm a huge fan of Asian Dub Foundation, but I can't figure out why they were involved in this project. But you can watch a clip about it here.

5. Rififi: a footnote. I had heard of this film but never seen it until last night. The name intrigued me, however, because it seemed to be some kind of riff on the Moroccan Rif. Of course this is the film that blacklisted US director Jules Dassin famously shot in Paris, was a huge hit in 1954, and reestablished his reputation (and income).

It is based on a novel by Auguste le Breton called Du Rififi Chez les Hommes, which was given to Dassin to film. He hated the novel but took the job because he needed it. In particular, he hated it because of its racism. The bad guys were all North African, and Dassin said, when interviewed later, "The truth is the book shocked me: it was all about Arab bad behavior, including necrophilia." So Dassin made the bad guys French, and focused the film in particular on the robbery caper. 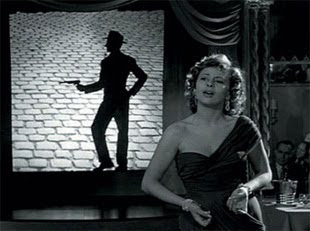 The title of the film only comes up in the theme song, "Rififi," sung in the cabaret by Viviane (played by Magali Noël), but even then, you can't really make sense of what it means other than that it seems to be gangster argot. (Watch the sequence here.)

Dassin explained the meaning in a 2000 interview: "The title comes from the North African tribe, the Rifs, who were in constant conflict...So it's all about melees and conflicts and fighting, out of which the novelist Auguste Le Breton made the word 'rififi.'"

There's a history of US citizens being sympathetic to Riffians, going back to Abdelkrim's celebrated revolt against the Spanish colonialists in Morocco (1920-1926). But that's another tale.

6. The Kominas/Taqwacore. Since they toured, they've been getting lots of media attention. The Taqwacore movie (see below) has helped garner media attention too. Here's a nice AP report. My favorite line is this: "Usami said a reporter once questioned him on how he felt about some Muslims being terrorists. He responded by asking her how she, as a white person, felt about the African slave trade."
Here's another from Sapna. "[T]he band is not supportive of 1947, the partition of Pakistan. It is always much more important to be desi than Pakistani, Bengali, Indian. Having a south Asian identity is much more important than being from a region."

The film, Taqwacore: The Birth of Punk Islam, will be screening at this year's Sundance Film Festival! Check out the film website.

Other good reports have been done, I've been trying to keep track, but right now, I can't locate the archive...Later, inshallah.

7. Japanese Red Army & PFLP on film. The invaluable magazine of Middle East art and culture, Bidoun, has partnered with the avante-garde art website Ubuweb to put up some fascinating sound and film documents. I've only just begun to explore.
Check out this one: Sekigun-PFLP: Sekai Senso Sengen (The Red Army/PFLP: Declaration of World War), 1971. 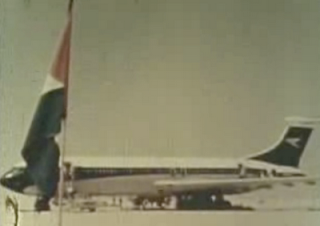 In 1971, Koji Wakamatsu and Masao Adachi, both having ties to the Japanese Red Army, stopped in Palestine on their way home from the Cannes festival. There they caught up with notorious JRA ex-pats Fusako Shigenobu and Mieko Toyama in training camps to create a newsreel-style agit-prop film based off of the "landscape theory" (fûkeiron) that Adachi and Wakamatsu had developed. The theory, most evident at work in A.K.A. Serial Killer (1969), aimed to move the emphasis of film from situations to landscapes as expression of political and economical power relations.

In 1974 Adachi left Japan and committed himself to the Palestinian Revolution and linked up with the Japan Red Army. His activities thereafter were not revealed until he was arrested and imprisoned in 1997 in Lebanon. In 2001 Adachi was extradited to Japan, and after two years of imprisonment, he was released and subsequently published Cinema/Revolution [Eiga/Kakumei], an auto-biographical account of his life.
Yes, really, "newsreel-style agit-prop." Fascinating. (The photo is from the film, of one of the four jets the PFLP hijacked in September 1970.) Of course, if you are sympathetic to the Palestinian cause, like I am, the connections that groups like the PFLP made with the Japanese Red Army as well as Germany's Red Army Faction are, to say the least, the source of embarrassment. (I'll have more to say about the RAF in future.)
There is also a short Agnès Varda film here, Plaisir d'amour en Iran, which I hope to look at soon.
And speaking of popular Orientalism--or maybe, rather, avant-garde Orientalism--there are also some Jack Smith films on Ubuweb, including Flaming Creatures, Normal Love and Scotch Tape. Normal Love is quite as amazing as Flaming Creatures, and I hope to have something to say about it in future.

Posted by Ted Swedenburg at 1:03 PM