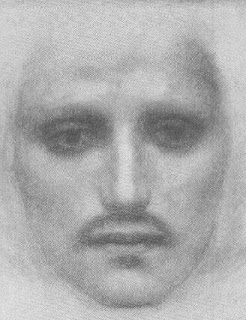 I highly recommend this amusing and informative account of Kahlil Gibran by Joan Acocella, writing in the New Yorker, on the occasion of a new volume of Gibran's work. The title tells it all: "Prophet Motive." I had not realized that Gibran is said to be the third best-selling poet of all time (after Shakespeare and La-Tzu), based almost entirely on sales of The Prophet. (At least as of 1997, Jalal al-Din Rumi was the best selling poet in the US.)

I could never understand, even as someone who is in some senses a product of "the sixties," why The Prophet was so incredibly popular. Acocella helped me understand. Among other things, it possesses the mysterious allure of "Oriental wisdom" but without being tied to any particular religion, and so prefiguring New Age spirituality. And: its "advice is not bad"; it is “inspirational literature”; it has a "pleasing ambiguity"; it's comforting; and it's short, 96 pages, with, as Acocella writes, "margins you could drive a truck through." Acocella has the good grace not to add that there's no accounting for bad taste--but I think that's a factor.

It's another example of what I'd call "popular Orientalism," rather stupid and banal, but nonetheless pretty harmless. (Although it wasn't really harmless for Gibran, who made lots of money but seems to have felt himself to be a fraud, and so drank himself to death. His adherents seem to prefer the more romantic, but mistaken, idea that tuberculosis did him in.)

What I still don't understand is why Gibran, a Maronite Christian from what is now Lebanon, who emigrated to the US as a child in 1895, spelled his first name Kahlil. The first letter of his name, خ in Arabic, is properly, and normally, transliterated 'kh.'

This bugs me almost as much as the book does...
Posted by Ted Swedenburg at 4:44 PM

I too found the article, with its informative tidbits from his biography very interesting, but I was still left, in the end, unable to explain _The Prophet_'s enduring popularity. I agree that it dispenses a kind of easy, populist Orientalism, but saying that does not explain why it remains popular, why it does not feel dated. Also, the article seems to call into question not only Gibran's own claims about his past, but also his credentials as artist and poet. Again, while he was never really a member of the American literary elite, he clearly had some relationship with both literary education and production in his own time. The article for me raised more questions than it answered.