I was poking around on ebay earlier today and found this photo, from the back cover of a Line Monty album that was for sale (for more than I wanted to pay, alas). 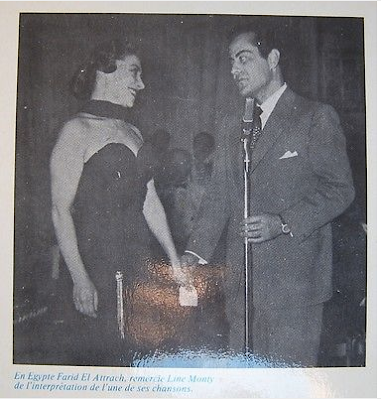 This is the album in question. (The title track is the only French song on the album; the rest are Arabic.) 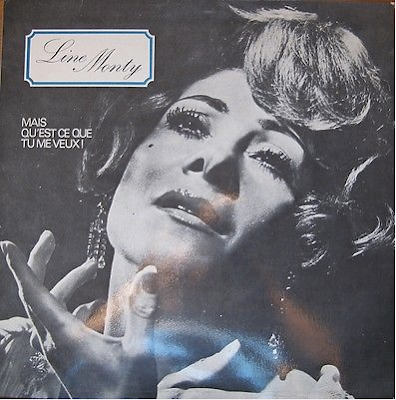 I highly recommend getting anything by Monty. I've been unable to track down much about her biography at the moment, but in future, inshallah. I do know that she was frequently backed by Maurice El Medioni on piano.

Meanwhile, here is one of her great songs:

As for Farid, he had a secret love affair with Moroccan Jewish singer Maya Casabianca (who grew up in Israel as Margalit Azran), who was a big star in France in the sixties. But that's another story.