Forget the Kufiya, It's Syrian Lingerie 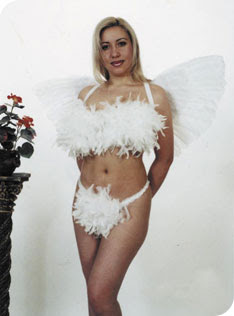 I'm about to go off to Holland to give a talk on "Jihad [sic] Rap," but I'm really sorry I will miss the symposium on Arabic Visual Culture, "Khatt Kufi Kufiya," to be held in Amsterdam on August 24, and sponsored by the Khatt Foundation Center for Arabic Typography in Amsterdam. Interesting sessions include the one on lingerie, led by Malu Halasa, whose book on the subject, The Secret Life of Syrian Lingerie: Intimacy and Design, is coming out in 2008. 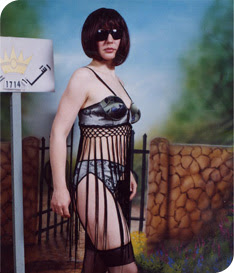 And then there's the session on "The Clash of the Motion Picture," led by lecturer and video documentary maker Khaled Ramadan. Is his kufiya outfit not the craziest you've ever seen? 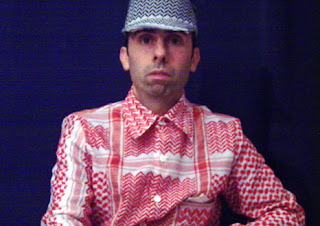 And there's much more: check out the site for the conference, visually and intellectually stimulating.
Posted by Ted Swedenburg at 12:19 AM

It's Khaled Ramadan, NOT Tariq Ramadan!

Those women remind me of what Mark Twain said in Innocent's Abroad: Rather than being offended, Christians should see the covering of Muslim women as an act of tremendous compassion for all involved!

uh.. the models are Christians, dip-shit...

Dear me, anonymous, you're hilarious. Syrian women are beautiful. Are you by any chance from the land of obesity?

Please read it, and please visit my blog. I came to you via Syriacomment.