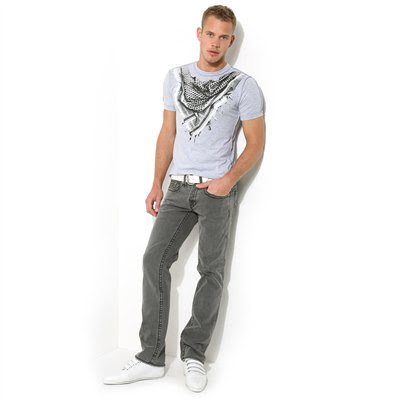 The trend that won't stop, that keeps mutating like a virus...This is a must have item: the "Libertines Scarf Print T-Shirt," so you don't have to buy an actual kufiya, you can wear a t-shirt with one printed on it, available from ASOS.com, for 16 pounds sterling. 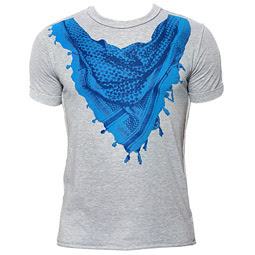 Does the name have anything to do with the fact that Carl Barat appeared garbed in a kufiya on the cover of The Libertines' eponymous 2005 album? Or that ex-Libertine Pete Doherty's girlfriend, Kate Moss, has donated charity kissess to raise money for Palestinian children?

Meanwhile, I've recently learned that in Sweden they don't bother with the name, "kufiya," they just call it what it is: a Palestinian scarf (palestinsjal).
Posted by Ted Swedenburg at 9:50 AM

I'm not at all surprised. The Libertines are, possibly, the lamest most embarrassing band to emerge from the south country. Tony Wilson said of them:
"I, like everyone I know, have no opinion about them, because no one can fucking stand to listen to two seconds of their shite."