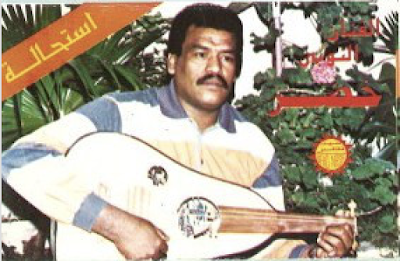 When I lived in Cairo (1992-96), and once work on my book on Palestine was wrapping up, I started doing research on Nubian music. This involved hanging out at the General Nubian Club, conveniently located right off of Tahrir Square, and right across from the campus of AUC, where I taught at the time. The friends I developed at the Nubian Club were all very engaged in Nubian culture, some were musicians themselves or belonged to folkloric troupes, and they invited me to lots of weddings, which always featured live music from Nubian (and sometimes Sudanese) performers. I also made one trip to New Nubia, near Kom Ombo, the area where Nubians were resettled when the High Dam completely flooded their villages, in 1963-64. And I returned to Cairo for more research on Nubian music, in the summers of 1997, 1998 and 2000.

Then I stopped going to Cairo, not returning until March 2011, for a very short visit. I was back again in Decembers 2017 and 2018, again for very short visits. There was not time to pick up my Nubian research during those very short visits, but on my last trip I did make a presentation on Nubian music, based chiefly on my research during the nineties, at a conference, “Egyptian Soundscapes: Music, Sound, and Built Environment” put on by the American Research Center in Egypt (ARCE). (You can see a report on three of the presentations at the conference, by me and Michael Frishkopf and Mark Levine, here.)

One of the musicians I discussed in my talk was the late Khidr al-‘Attar, who passed away in 2014. I saw him perform at several weddings, and here is a photo from one of them, probably taken in 1995. 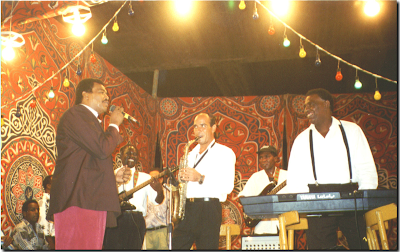 Khidr was born in 1962 in the village of Ibrīm, in Old Nubia, and one or two reports I’ve read report that he lived there until age five. (Frankly, this doesn’t seem quite right, as his village would have been re-located in 1963 or 1964.) He was a Fadikka speaker, but he sang in both Fadikka and Kenuz (Faddika and Kenuz are the two Nubian languages.) He was a great artist, who released lots of cassettes, and I collected most of them when I lived in Cairo. (Nubian musicians released many, many cassette recordings between the 1970s and the 1990s, and this was an important means by which their music, which for the most part did not get aired on TV or radio, could be circulated and disseminated.) (Three of his cassettes are listed at discogs.com; and you can also hear him on that great, 1999 world music collection of Egyptian popular music, Yalla - Hitlist Egypt).

The music played at weddings was for the sake of entertainment, for dancing. Songs for the bride and groom, popular songs dealing with themes of love, and so on. At the same time, the practice of music on such occasions was a time for the celebration of Nubian culture – modernized, for modern times – and Nubian community, as these were gatherings that brought together Nubian Egyptians, and few outsiders – other than invited guests like myself.

At the same time, everyone gathered together was well aware of the tragedy that had befallen the community of Nubians as a result of the total inundation of their homeland by the Aswan High Dam. One elderly Nubian I met in Cairo described the event as the equivalent, for Nubians, of the dropping of the atom bomb on Hiroshima. In the political atmosphere of the time, however, expression of such public sentiments needed to be kept muted, and so, to a great degree, Nubian political issues were to a great degree expressed and kept alive through cultural and musical means.

At many of the weddings I attended, a song would come on, which I came to know as “Al-Higra al-Murra” (the bitter migration). It was principally performed by and known as Khidr’s song, but if my memory serves me, other artists performed it as well. At the time, I was never able to find any recordings of it.

When song would come on, everyone would get up and dance, and chant along with the song, especially the lines, “faradu ‘alayna al-higra al-murra,” or, “they imposed the bitter migration upon us,” referring to the displacement of 50,000 Nubians by the High Dam. The wedding, for the period of the song, would turned into something that resembled a political rally, and often people in the crowd would break into tears.


Last year, while teaching about Nubia, I came across a video on YouTube of that Khidr song that I used to see performed during the nineties. There are several versions on the web, the first one I found was this one, available here. It's not an "official" video clip for the song, but is an interesting one, full of nostalgia-inducing photos of Old Nubia.

I learned from the YouTube vid that the song is actually called “Ismi Henak” (My name is there). Below are the lyrics (by Khidr, I believe) and the translation, on which Elliott Colla did the bulk of the work. The lyrics are fairly straightforward, but just a couple of observations. Note that Khidr refers to Old Nubia as a “civilization,” not just a bunch of agricultural villages, and the reference to the waterwheel or saqiya, the ancient mode of irrigation used by Nubians, which serves as a key symbol of Old Nubia in contemporary Nubian cultural expression. “Kom Ombo” refers to the space of New Nubia, which the Egyptian regime in the era of Nasser promised to those who were moved would be a “new dawn,” where life would be much improved, with modern housing and electricity.

And killed the hopes of a black Nubia [looking at this again, I think the word 'samra' should be translated not as 'black' but as 'chocolate']
واغتالوا اماني النوبة السمرة

As they've ground up what's left of my forefathers' bones

My name is there, my homeland is there
اسمي هناك بلدي هناك

I myself am there, and Nubia is there
انا ذاتى هناك والنوبة هناك

They imposed the bitter migration upon us
فرضوا علينا الهجرة المرة

My name is there, I myself am there

I hope in future to post some more bits from the paper I gave in December. Inshallah.
www.flickr.com