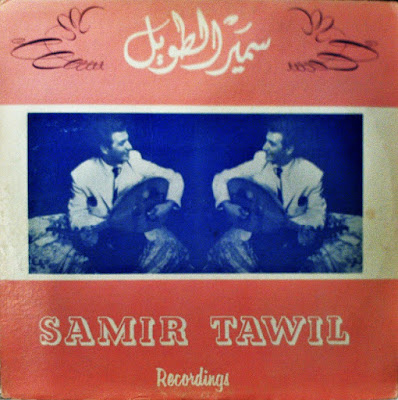 Syrian singer and oud player Samir al-Tawil wrote "Linda, Linda" and released it in 1967. It was his biggest hit and has been covered numerous times. You can grab it from the inimitable music tumblr Naksh al-Sanadeeq here. 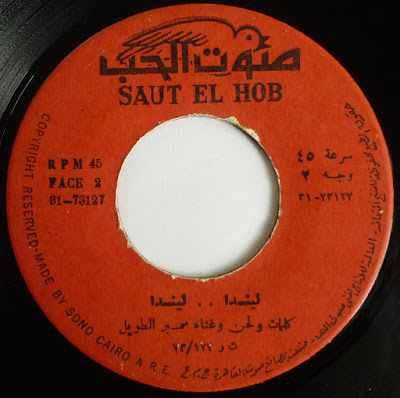 Check out this blogpost by Aziza al-Tawil, a US belly dancer. Her mother Johanna was a belly dancer, who Samir Tawil met in the US. The two apparently had a relationship and a child (Aziza), and Aziza claims that the song "Linda, Linda" was written for her mother. You can read more here, on Aziza's blog, and also view a Dutch TV report where Aziza is interviewed about the strange, and somewhat unbelievable, story (English subtitles).

Also somewhat unbelievable, but true without a doubt, is that the Israeli Yemeni singer Haim Moshe recorded "Linda Linda," and it was a big hit for him in the Arab world in particular during the mid-'80s. The story is covered by Amy Horowitz in her excellent book Mediterranean Israeli Music and the Politics of the Aesthetic. Horowitz has copies of letters written to Haim Moshe by Syrian fans, sent via Europe.

The world music group 3 Mustaphas 3 covered "Linda Linda" in 1988. (You can find it on their Friends, Fiends & Fronds album.) Here they are performing it live:

- Egyptian band The Jets - live 2015 (back-to-back with Dalida's famous song Helwa Ya Balady): https://youtu.be/vCy6TOefPgM. Plus, this rare live act by the Jets singing Linda, Linda along with another song 'Deghi, Deghi Ya Rababa' c. 1974: https://www.6arbyat.com/song_listen_2104_1.