The Fez Series: Sun Ra & his Arkestra in Chicago, 1960, & the Tom Wilson connection 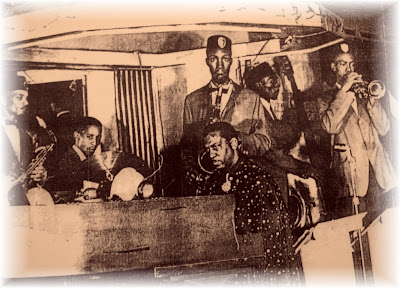 This is my reproduction of the inner tray card of the Sun Ra CD, "Music from Tomorrow's World" (Atavistic, 2002). L-r: Marshall Allen, Jon L. Hardy, John Gilmore, Sun Ra, Ronnie Boykins, George Hudson. (Credit: the original photo was transferred and restored by John McCortney, AirWave Studio, Chicago.)
Allen, Gilmore, Boykins and Hudson are all wearing fezzes (tarabish).
See my earlier post, where I quote Robert Campbell et al who write: "The [1957] photo that accompanied the Defender announcement showed Sunny wearing a fez, as he and the rest of the band had done for a little while the previous year. It is said that they quit after some of Elijah Muhammad's bodyguards showed up one night and told them, 'No more fezzes.' Apparently such headgear was reserved to the Nation of Islam."

I'm not sure how the chronology works out here, as the photo above shows the Arkestra still wearing fezzes in 1960. When did the NOI issue their threats?

And I wish the photo was a bit clearer--would like to work out what is on those patches sewn on the fezzes.

Do you think it's possible that über-cool Bob Dylan producer Tom Wilson was inspired to wear a fez by Sun Ra? (He wore one in one of the alternate cuts for "Subterranean Homesick Blues"--read more here.) 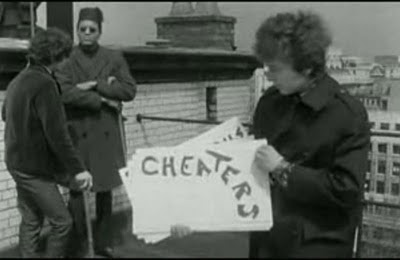 Wilson put out Sun Ra's first album, "Jazz by Sun Ra," on his Transition label in 1957. (He also put out records by John Coltrane, Cecil Taylor and Donald Byrd on Transition, whose catalogue was eventually purchased by Delmark.)

Then, of course, Wilson went on to produce several monster pieces of music. He added the electric guitars to Simon and Garfunkel's "The Sounds of Silence." His production credits include Bob Dylan's Don't Look Back, the Mothers of Invention's Freak Out!, The Velvet Underground's White Light/White Heat, and Nico's Chelsea Girl.

Why, for gods' sake, has no one written a biography of this amazing producer, arguably as important as Phil Spector and the like?

And Wilson also produced one of the most unusual recordings (among a legion of them) that Sun Ra was ever involved in: Batman & Robin, by The Sensational Guitars of Dan & Dale (Tifton Records, 1966). The personnel on the album, in fact, was the Blues Project (whose 1967 album Projections was also produced by Wilson) and Sun Ra, John Gilmore, Marshall Allen and Pat Patrick of the Sun Ra Arkestra. Ra's Hammond B-3 organ playing is excellent! But it is definitely weird to hear the Ra men play together with the Blues Project, on songs that are mostly rock and blues. 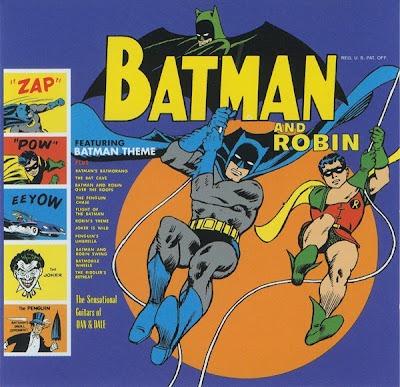 Until I pieced all this together, I could not for the life of me figure out how Ra and the Blues Project appeared on the same album. Now I get it--it's the Tom Wilson connection.

And of course this all connects back to that fez scene in Mad Men. Season one, episode 8. When Don goes slumming with the beatniks. 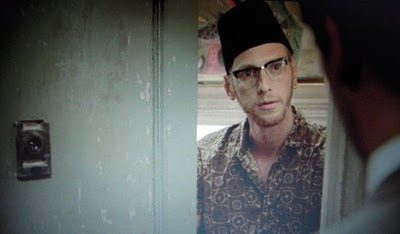