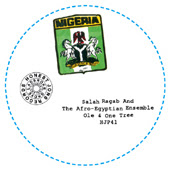 And speaking of Honest Jon's Records, this is an amazing item: a 12" featuring, on one side, "Sankofa" as performed by Tony Allen and the Hypnotic Brass Ensemble, and on the other, "One Tree" and "Ole," two Tony Allen compositions performed by Salah Ragab and the Afro-Egyptian Ensemble. (Listen here.)

Tony Allen, of course, served as drummer and musical director for Fela Kuti from 1968 to 1979, and, since Kuti's death in 1997, has emerged as a major Afrobeat (or as he puts it, afrofunk) artist in his own right, as well as collaborating with all kinds of people, including Damon Albarn on The Good, the Bad and the Queen. The Hypnotic Brass Ensemble is a eight-piece band that includes seven of the sons of Phil Cohran, famed trumpeter for Sun Ra. They've performed with Mos Def, among others. 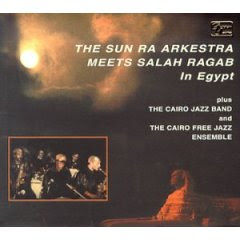 Salah Ragab is a legendary figure, who also played with Sun Ra. He formed the Cairo Jazz Band in 1968, while a major in the Egyptian army and head of the Military Department of Music. He and the Cairo Jazz band and his work with Sun Ra are heard to best effect on the amazing album, The Sun Ra Arkestra Meets Salah Ragab in Egypt. 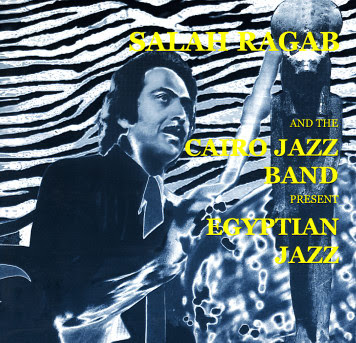 And there is also a more recent release, which I've not yet heard: Salah Ragab and The Cairo Jazz Band Present Egyptian Jazz. (You've gotta love the cover!)
Posted by Ted Swedenburg at 3:23 PM