Qussay Samak on Naguib Mahfouz in Merip Reports: "a competent novelist of the Cairene petit-bourgeoisie"

I love this assessment, from the Egyptian leftist Qussay Samak's article "The Politics of Egyptian Cinema," in Merip Reports No. 56 (April 1977). Get it via JSTOR here. 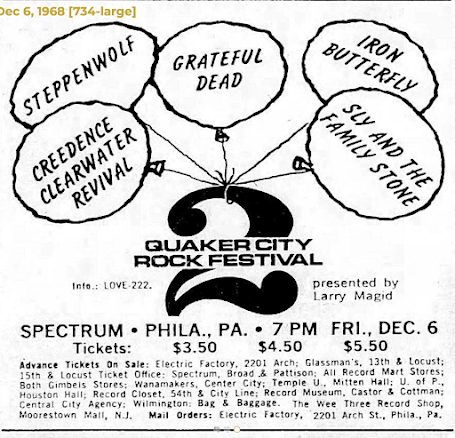 I attended Swarthmore College in 1968-69 and tried to get into Philly as often as the budget and time would allow to see shows. The Spectrum was a big arena with a revolving stage (!). Weird, but at least it gave us a chance to see these bands, and at affordable prices.

The order for this event was: Credence, The Dead, Iron Butterfly, Sly and Steppenwolf. My memory is that Sly put on the most exciting show. I think for me the attractions were The Dead and Steppenwolf ('Born to Be Wild' was a great hit of summer '68). The Dead were not playing in there proper element, and of course their set was way shorter than the usual. (Alas, this was the only time I ever saw the Dead, or any of the others for that matter.) Iron Butterfly of course we all scorned and thought were way overblown. I guess Steppenwolf was good but I have no memory of them. Nor of Creedence, who were known at the time chiefly for their single, "Suzie Q." They may have played "Proud Mary," which was released shortly after the concert.

Here's a review of the concert, from the Wilmington Delaware Morning News, on Dec. 9. There is much to comment on about the review, but let's just say that where I agree with it is (1) The Dead were not impressive (2) the sound was shitty and (3) Sly & Co. were terrific.

Posted by Ted Swedenburg at 8:44 AM No comments: 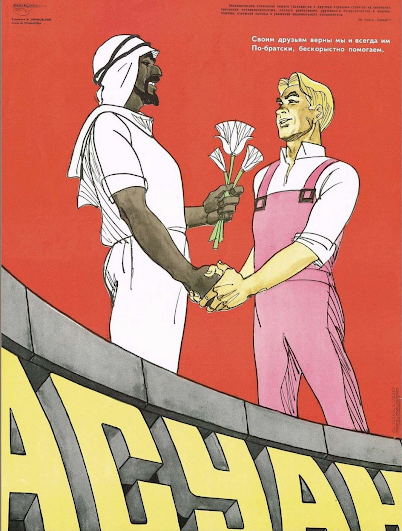 "Aswan Dam. We are loyal to our friends and always help them in a brotherly unmercenary way." Soviet poster, 1970s. Source here.

The effect of the Aswan Dam on Nubians, one elderly Nubian told me in the late 90s: "Have you heard of the atom bomb dropped on Hiroshima? The Aswan Dam was our Hiroshima bomb."

Posted by Ted Swedenburg at 9:14 AM No comments: 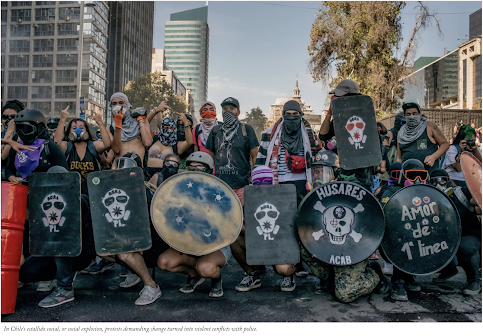 Posted by Ted Swedenburg at 9:06 AM No comments:

The last video shown yesterday (June 13) at the House January 6 hearings featured several insurrectionists explaining that they were present at the Capitol that day because Trump had called them to it. I think this is the last of the insurrectionists interviewed. I noticed that he was wearing a kufiya, but didn't manage to get my camera out in time to take a picture. Luckily my very alert friend Tim did, and he sent this photo to me.

Posted by Ted Swedenburg at 8:57 AM No comments: 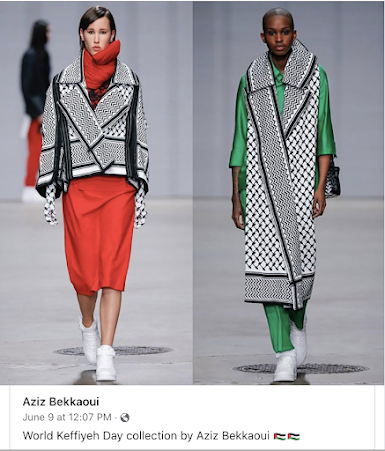 Posted by Ted Swedenburg at 8:58 AM No comments:

I've written rather extensively about the push by the Palestinian rebels to impose kufiyas on Palestinian males at the height of the 1936-39 revolt, in fall 1938. And I just came across another story about those events, courtesy Zeina Ghandour's A Discourse on Domination in Mandate Palestine: Imperialism, Property and Insurgency (Routledge 2010). This is from her interview with Said Hassan Me'ary, originally from the village of Sha'b, in the Acre district, found on page 113.

Posted by Ted Swedenburg at 11:56 AM No comments:

I very much like this photo of a Nubian (I presume) kid looking at the photo welcoming USSR Premier Nikita Krushchev on his May, 1964 visit to Egypt. (I apologize for not keeping a record of where I grabbed this from.) I visited Aswan with my family that same year, in November. Here's a photo. 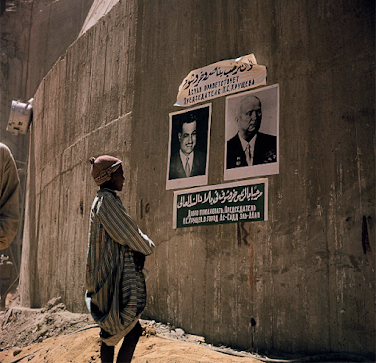 Posted by Ted Swedenburg at 11:47 AM No comments:

I checked YOOX, 8PM, Midiskirts online just now, and this item no longer seems to be available.

As is often the case, someone sent this to me (thanks, can't remember who did!), and it took some time for me to get around to posting.

Posted by Ted Swedenburg at 11:41 AM No comments: 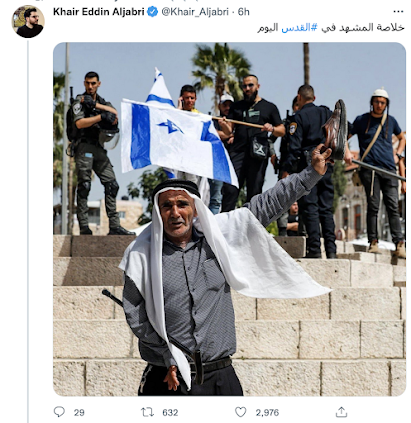 Posted by Ted Swedenburg at 10:53 AM No comments: