More on the turban puzzle: Rudy Ray Moore (and even more)

Still trying to make sense of the circulation of the turban (and fez/tarbush) in African-American popular culture. I just ran across an article that Blake gave me years ago, and that I had never bothered, until today, to read: "'I Ain't Lyin'!: The Unexpurgated Truth about Rudy Ray Moore," by Jerry Zolten, from the May-June 2001 issue of Living Blues. It's a thorough and informed piece, and is especially good about explaining the late Rudy Ray Moore's notorious x-rated humor.

Here's the interesting bit, at least as far as the turbans go. Rudy Ray Moore was born and raised in Ft. Smith, Arkansas (with a bit of time in Paris, AR). Then he moved to Cleveland, in, as far as I can tell the mid-40s or so, where:

Rudy Ray Moore met Billy Nightengale, a dancer who taught him stage moves. Nightengale wore a turban and soon the two of them took to wearing turbans all over town. "We'd put on our turbans and people would follow us around like we were foreign dignitaries." A few years later, the turban became a trademark for Chuck Willis, a singer who built up his fame on a string of hits for Atlantic records, including "C.C. Rider," his R&B version of Ma Rainey's blues classic. Willis got the idea to wear a turban from Rudy Ray who wore his when he emceed R&B stage shows. "He wanted to know where I got it from," says Rudy Ray, "and I carried him by the lady's house that made the turban for me and she made Chuck one...He wore the turban until he died." 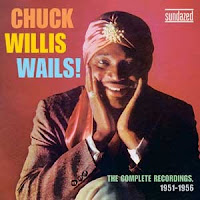 Chuck Willis is one of the most celebrated of the R&B turban wearers, and was known as the "Sheik of the Blues." I can't authenticate Moore's claim. Willis was from Atlanta, but perhaps he met up with Moore in Cleveland. Willis had his first hit in 1952; Moore was in the army from 1950-53. When did Willis start wearing the turban? Dunno.

What I do get from this account is that wearing the turban made Moore and his pal Nightengale look and feel like "foreign dignitaries." The effect then was not only that they looked "exotic," but that they also looked distinguished.

In Cleveland, Moore also, teamed up with a woman and the two of them dressed exotically and performed torrid dances to the beat of African drums. [Moore] started singing a little, billing himself as the Harlem Hillbilly...

In time Rudy Ray's first great stage persona would emerge. He became Prince DuMarr, the 'turbanated' dancer in Neil Stepp's traveling revue. He liked the ring to the name "Dumarr" and the association with the Hollywood glamour queen Hedy Lamarr."

Moore joined Stepps revue, he says, when he was 17, and this was 1946. Here's a photo of Moore as Prince DuMarr, taken in the late '40s. It's the cover of his Norton Records release, Hully Gully Fever. The article includes a photo of Moore as DuMarr, with the revue, but I've found no copy on the web. I believe it is found in the jacket for the Hully Gully Fever CD. It shows Moore, bare chested and in turban, with female dancers. 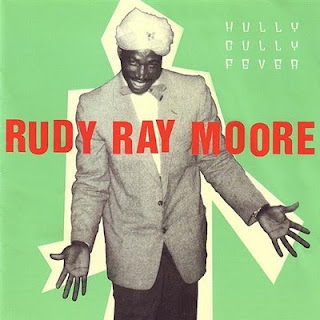 Moore barnstormed as Prince DuMarr until 1950, when he was drafted. In the mid-1950s, Moore moved for a time to Seattle, and took up the "Prince DuMarr" role again in a review headlined by sax player Big Jay McNeely. Presumably, again in turban. Perhaps it was in the Seattle period that Chuck Willis saw him in turban. This photo too is of Moore as "Prince DuMarr"--a poor reproduction from the LP cover of Hully Gully Fever. 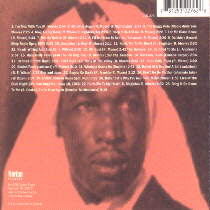 And here are a few more turban images. It appears that Norton Records is really into the turban aesthetic. Here's the cover of Turban Renewal, a tribute album to Sam the Sham and the Pharaohs record. (Sam is another famous turban wearer.) 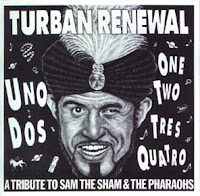 And the cover for another Norton release, Hannibalism!, from R&B singer The Mighty Hannibal. 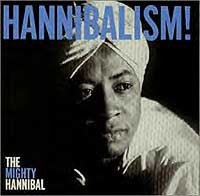 This is the cover of Norton's 2009 catalog. Unfortunately I can't find a better reproduction. Note that it features turbaned artists like Rudy Moore, Sam the Sham, Hannibal, Screamin' Jay Hawkins and The Egyptians, and that it advertises "Turban Contemporary Music." 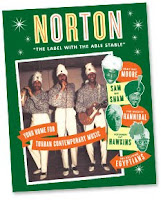 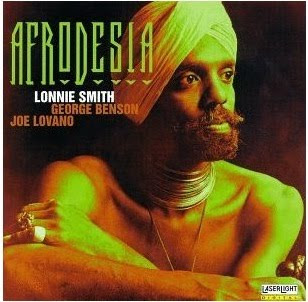 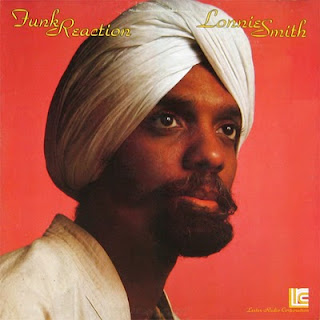 Finally, another from King Khan, who is truly keeping "turban contemporary" alive. 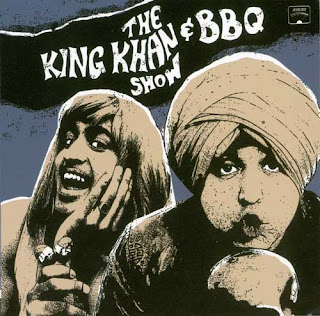 The new album of King Khan and the Shrines, Invisible Girl, is terrific. And turbanated. 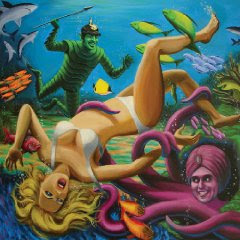 Ok, one more. This is the last, and from a different turban context and aesthetic. Kate Moss, May 2009. 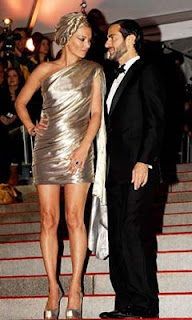 Posted by Ted Swedenburg at 6:19 PM

if you haven't already, you should check out:

Deutsch, Nathaniel. Inventing America’s “Worst” Family: Eugenics, Islam, and the Fall and Rise of the Tribe of Ishmael. Berkeley: University of California Press, 2009.

I recently came accross your blog and have been reading along. I thought I would leave my first comment. I dont know what to say except that I have enjoyed reading. Nice blog. I will keep visiting this blog very often.

Just happened on your Blog piece about Rudy Ray Moore. Loved your quotes from the article. There was no way to authenticate all that Rudy told me, but I did believe him. He said that while MCing in Cleveland, Chuck Willis did see him and inquired about the turban! I didn't mention it in the article, but there was, of course, and entire group called the Turbans back in the day. "Sister Sookey" and all that.